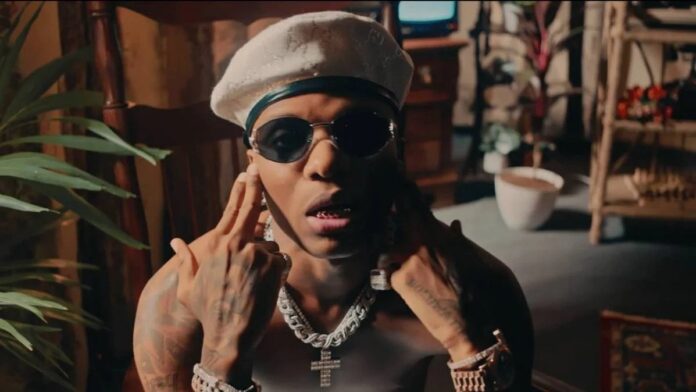 The award-winning singer, who was recently in the news after his shocking comment about the state of hip-hop, continues to fuel the fire that was ignited by his comment.

In his latest interview with a British magazine, Wizkid made it known that he doesn’t listen to rap anymore because he believes the genre is boring and dead, a statement that has gotten a lot of reactions, including from Nigerian rappers like M.I., Blaqbonez, Ladipoe, Oladips, Ycee, and others.

Following the reaction from the Nigerian hip-hop community, Wizkid, who earlier broke-shamed Nigerian rappers, called them “dumb f**ks.” and listed his favourite African rappers, has thrown another shade at them, challenging Nigerian rappers to drop a song. In a now-deleted post via his Snapchat, he wrote:

Mohbad Put Out the Music Video for his Jam – “Peace”...