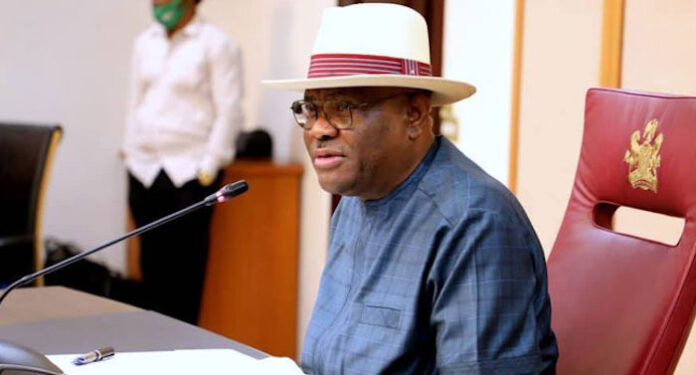 Nyesom Wike, on his relationship with the presidential candidate of the Peoples Democratic Party (PDP), Atiku Abubakar, has said he does not have any personal issues with the latter.

The governor disclosed this when he hosted political associates and members of the Rivers Elders Council for his 55th birthday at his private residence in Port Harcourt on Tuesday.

He said his issue with the party was his insistence on the resignation of the PDP National Chairman, Iyorchia Ayu, in which he and four other governors boycotted the party’s presidential campaign to press home their demand.

However on Sunday, Abubakar said on five occasions, he had met with the Rivers State governor in a bid to resolving the crisis in the party.

“I don’t regret I ran for the presidency. In the name of God, I am happy to make Rivers proud as far as I am concerned.

“If they had allowed it to be what it is supposed to be, I would have won the election. But it’s okay. It has happened. People said it was because I lost an election. It doesn’t matter. I didn’t lose the election.

“This is my first time trying to run for the presidency of Nigeria and we made an impact. If it is easy, let them go ahead. Are they not the ones begging.”

SEE THIS!  Tolani Baj: “There are so many beautiful women but not enough men to match that”

“My responsibility is to love her” – Lady flaunts her ‘pregnant...

Cristiano Ronaldo has been ‘offered a three-year contract worth £186 million’...