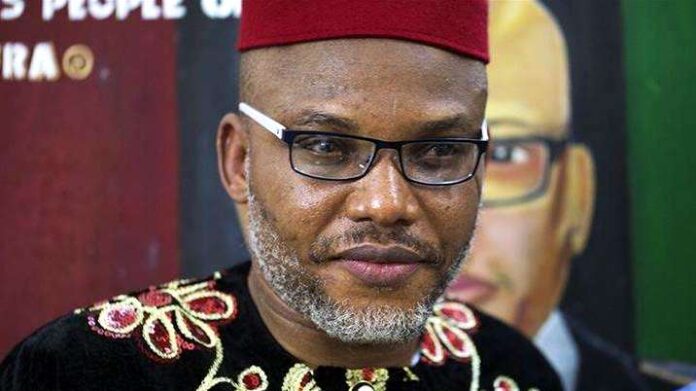 The family of Nnamdi Kanu, leader of the Indigenous People of Biafra, IPOB, has confirmed raising N1 million for the feeding of the Biafra agitator.

Kanu’s younger brother, Prince Emmanuel, disclosed that Kanu’s lawyer, Mike Ozekhome, would hand over the money to the Department of State Services, DSS, for the Biafra agitator’s feeding.

Emmanuel lamented the Federal Government’s inability to feed Kanu while locked up by the DSS.

“This is a confirmed story. On Thursday, when we visited Kanu, he had not had any food.

“I asked them (DSS) why they said that there is no money for his regular meal and that they don’t have any money.

“So, we have also explained everything to the SAN, Mike Ozekhome.

“By today, SAN will prepare a cheque of N1m to be handed over to the DSS for his feeding.

“I will also make sure I raise money and take to the DSS along with me to make sure he has enough food to eat since the federal government can’t take care of him,”

He said in a statement.

Recall that Kanu’s Special Counsel, Aloy Ejimakor had raised the alarm over the Federal Government’s inability to feed his client.

Ejimakor said the DSS denied Kanu his medication for nine days and food.

5 Things We Learnt from Liverpool 0-0 Chelsea