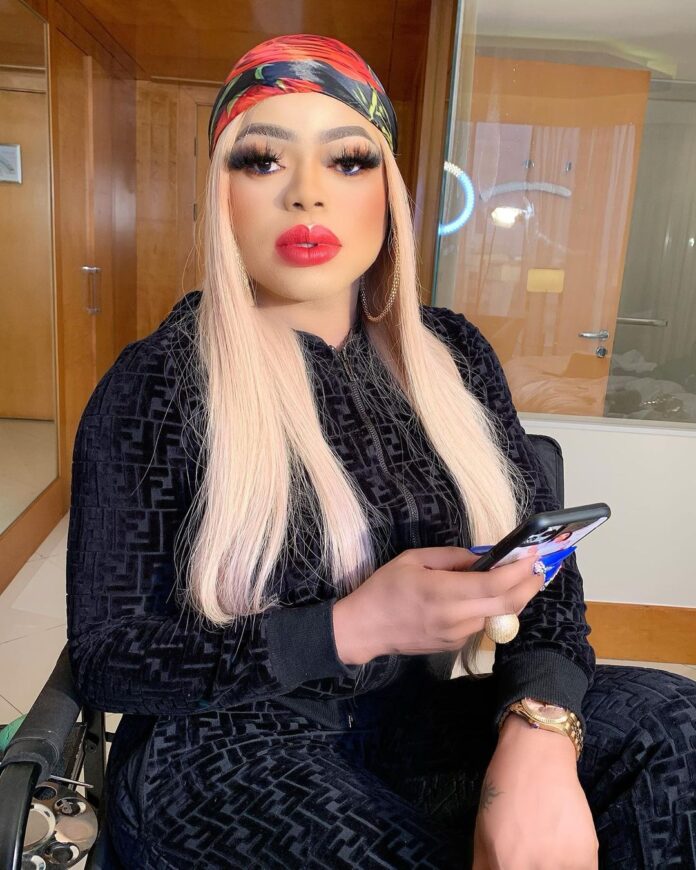 Bobrisky, has taken to social media to share a video of himself twerking with his bare butt.

The male Barbie left little to the imagination in the video of him twerking up a storm.

In the clip, which he shared on his verified Snapchat page, Bobrisky is seen wiggling his bare butt as a remix of Focalistic’s hit song “Ke Star” plays in the background.

Sharing the video, Bobrisky, who claimed to have undergone Brazillian Butt Lift (BBL) surgery in 2021, commended his doctor for a job well done on his body.

Meanwhile, this comes after Bobrisky shared a sex tape on his Snapchat page a few days ago.

Recall that James Brown was in the news for days after the video of him having sexual intercourse with his “girlfriend of two years” surfaced online on Monday, October 11. However, some netizens opined that he leaked the video on purpose for clout.

Following the attention James Brown received in the media space, Bobrisky also went online to share a video of a yet-to-be identified couple having sex.

After sharing the Snap, which he has now deleted, Bobrisky stated that the day his sex tape leaks online, Nigerians will see that he’s a confirmed ‘olosho’ by reason of the naughty moves he makes in bed.

According to him, though he acts like a classy ‘woman’, he’s very kinky and nasty when having sex with his partner.

Tinubu Didn’t Visit Obasanjo For Endorsement. It Was A Peace Mission...