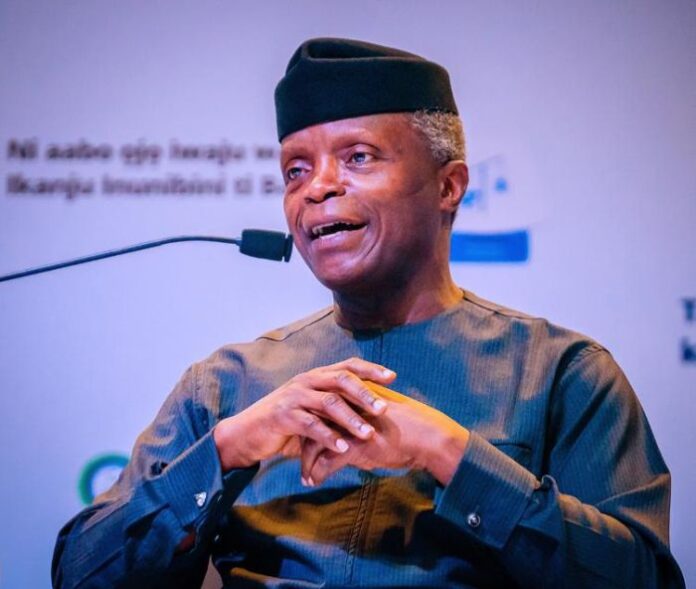 Yemi Osinbajo has directed all staff of his office who are part of the All Progressives Congress, APC, Presidential Campaign Council, PCC, to give their best to the party’s presidential candidate, Bola Tinubu.

Osinbajo issued the directive during a meeting with his staff members who are part of the PCC.

Disclosing this, an aide to President Muhammadu Buhari, Ajuri Ngelale, said Osinbajo stressed the importance of the assignment.

Ngelale, who is one of the spokesperson for the Tinubu-Shettima campaign organization, said the Vice President appealed to those concerned to carry out their duties without hindrance.

He also urged members of the public to ignore any information stating otherwise.

“It must be noted that in a meeting today, H.E. VP @ProfOsinbajo has encouraged all OVP staff — who were privileged to be appointed into the @officialABAT 2023 Presidential Campaign Council — to give their best to the important effort without hindrance. Kindly ignore anything contrary. ”

SUPERS observed that Osinbajo’s name was noticeably missing from the list.

The council list, which comprises 422 members, was released by the PCC Secretary, James Faleke, a federal lawmaker.

Osinbajo and Tinubu were said to be at loggerheads following the Vice President’s decision to run for the presidency.

SEE THIS!  Nigerian Govt Asks All Workers To Resume December

The Vice President was then tagged a traitor for opting to contest the APC presidential primaries alongside Tinubu, who is believed to be his political godfather.

Harry Kane Drops a Statement about his Future at Tottenham