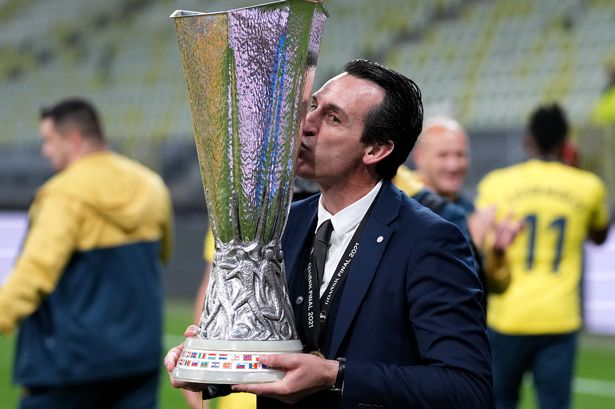 A return Arsenal fans might not enjoy is definitely around the corner as a top premier league side has secured the services of the former coach Unai Emery to join the side as the new head coach.

In an official statement, Aston Villa has confirmed the hiring of Unai Emery as the new head coach and direct replacement for the recently sacked Steven Gerrard. It was reported that Aston Villa had approached both Thomas Tuchel and Unai Emery, but Tuchel had turned the job down.

The addition of Emery back in the premier league is something that was totally unexpected after the coach had been on an impressive run at the Spanish side Villareal.

Aston Villa also confirmed that Unai Emery would not take over the side until the 1st of November 2022, when his work permit has been finalized.

Aston Villa is delighted to announce the appointment of Unai Emery as the club’s new Head Coach.

Unai joins from Villarreal, whom he led to Europa League success by beating Manchester United in the final in 2021 as well as the semi-finals of the Champions League last season.

A highly experienced top level coach who has managed over 900 games, Unai has also previously managed in the Premier League during a spell with Arsenal, leading the Gunners to a Europa League final.

He has also enjoyed notable success at Sevilla and at Paris Saint Germain. In Seville, he won three successive Europa League titles between 2013 and 2016 before going on to lift a Ligue 1 championship in France as well as two French Cups, two French League Cups and two Trophée des Champions.

Unai will take over from November 1st after his work permit formalities are completed.

SEE THIS!  Cristiano Ronaldo Has Reportedly Decided on His Next Destination

INEC: We Can’t Compel Varsities To Declare Holiday For Elections