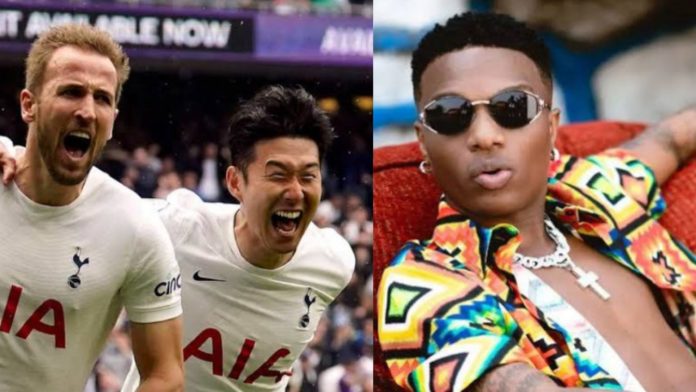 Following the official confirmation of a performance date, English premier league side Tottenham Hotspur, the home of top football stars like Harry Kane and Son Heung-min, have taken to social media to react to the announcement of Wizkid performing at their over 60,000 capacity stadium in England.

Wizkid confirmed that he would be performing at the stadium on Saturday, the 29th of July 2023, and this has attracted the reaction of the football club itself, which currently holds the 4th place on the 2022/2023 premier league table.

The concert was also confirmed on the club’s official website on the 23rd of January, 2023.

The post, which was shared on their social media platform, read:

SEE THIS!  Davido: “I lied to Chioma to make her appear in ‘Assurance’ video”