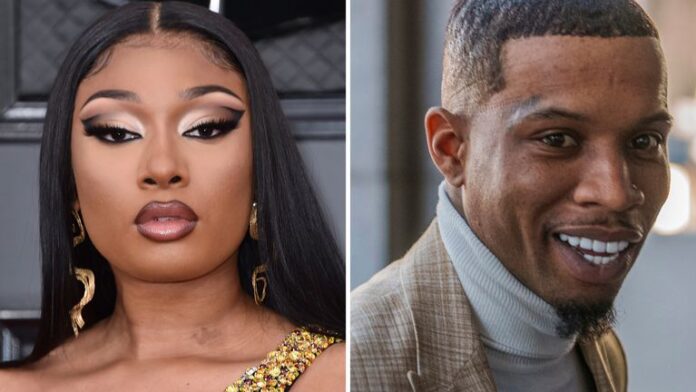 Two years after the shooting incident that left grammy award-winning rapper Megan Thee Stallion injured, the jury in Los Angles ruled in favour of the rapper and found fellow artist Tory Lanez guilty of the shooting.

According to the New York Times, Tory Lanez was convicted on three felony counts and could face a long period of time in jail as well as deportation.

Mr. Lanez, 30, was convicted of three felony counts: assault with a semiautomatic handgun, carrying a loaded, unregistered firearm in a vehicle and discharging a firearm with gross negligence.

Tory Lanez might get over 20 years in jail as well as face deportation for the horrific incident that left Megan scarred for a long time and with an injury as well.

The Los Angeles District Attorney, George Gascón, commended Megan for her bravery. He went on to add:

“You showed incredible courage and vulnerability with your testimony despite repeated and grotesque attacks that you did not deserve. Women, especially Black women, are afraid to report crimes like assault and sexual violence because they are too often not believed.”

Rafael Nadal Gives an Update on His Injury