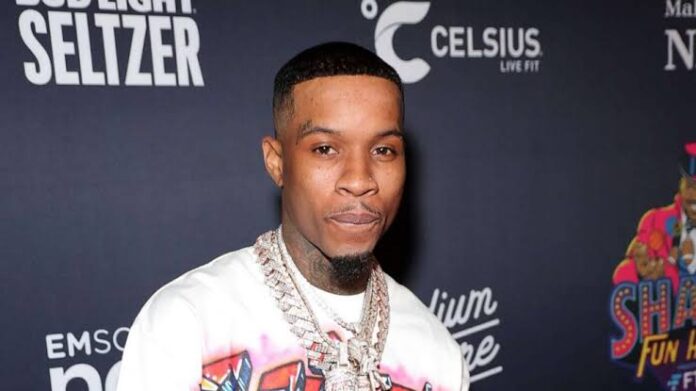 Canadian rapper and singer Daystar Peterson, known professionally as Tory Lanez has been found guilty of shooting fellow artiste, and American rapper, Megan Thee Stallion, in both of her feet following a heated argument they’d had in 2020 over their romantic entanglements and career achievements.

The rapper had been found guilty by a Los Angeles jury on Friday the 23rd of December on charges of assault with a firearm, negligent discharge of a firearm, as well as possessing a concealed and unregistered firearm in a vehicle.

The trial which had begun on the 12th of December had seen Megan Thee Stallion and her former best friend, Kelsey Harris testify while Tory Lanez had not. Currently, Tory Lanez has been taken into custody and will be sentenced on the 27th of January.

SEE THIS!  Anita Joseph reacts after being dragged for wearing miniskirt to meeting with Peter Obi

In your victory speech, Don’t limit your parent’s effort in your...

Comedienne, Chigul: “I married as a virgin at 33”