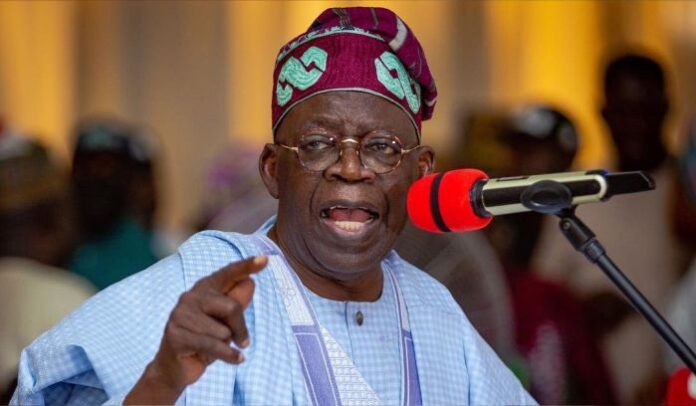 Nigerian workers have been cautioned by the labour organisation Socialist Labour not to back Bola Tinubu, the APC’s presidential nominee.

Labour leaders from the Nigerian Labour Congress, the Trade Union Congress, and other organisations were present in large numbers at the town hall meeting, which took place at the Chida Hotel in the Federal Capital Territory.

The leadership of the organised labour also presented the APC candidate with their demands which included a total war on corruption.

Reacting to the event, Socialist Labour in a statement by its National Secretary, Biodun Olamosu, said Tinubu had never been friend of the workers.

The labour group added that as governor of Lagos State, the APC candidate sacked over 10,000 workers over minimum wage protests.

“The recent meeting of the presidents of the NLC and TUC with Bola Tinubu reinforces the mistaken impression that Tinubu is a friend of workers and their trade unions.

“Tinubu has throughout his life consistently attacked workers and their organisations. In addition, the origins of his business empire suggest that he is extremely corrupt. Tinubu’s attitude to common people is shown by his recent statement that he would remove fuel subsidy regardless of the protests by ordinary people. One of the first things that Tinubu did, within two months of taking over as Governor in Lagos State, in May 1999, was to sack thousands of public sector workers in the name of “rationalisation”.

“In 2001/2002, Tinubu sacked over 10,000 workers over minimum wage protests. The Federal Government had increased the minimum wage to N7,500 for the Federal Government and the oil producing states. Lagos State trade unions demanded that they be paid at this higher rate as the State had more than adequate levels of local revenue. A strike was organised with daily rallies.

“The NLC president, Adams Oshiomole, came to Lagos to try and settle the matter. Oshiomole insisted that the workers should go back to work during negotiations. Bola Tinubu did not pay what was being demanded, in contrast, he sacked the leaders of the strike.

SEE THIS!  Photos And Video From The APC Presidential Campaign Rally In Jigawa

“Most of the workers were eventually re-instated but their late leader Ayodele Akele was never given his job back. He had been the state chair of the trade union AUPCTRE and Chair of the rank and file organisation, the Congress of Industrial Unions (COIU). Tinubu also massively increased the level of student fees at Lagos State University and the Polytechnic.

“In 2015, the consultancy firm controlled by Tinubu, Alpha Beta, sacked 300 of its 375 workers for indicating that they wanted to join the Association of Senior Staff of Bank and Financial Institutions (ASSBIFI). Two years later, in June 2017, 145 staff were retrenched from Tinubu’s television station, TVC. It is no accident that offices of TVC and Tinubu’s newspaper, The Nation, were attacked and set on fire after the massacre of the #EndSARS protesters in October 2020 at Lekki Toll Gates.

“Over the last 20 years, Alpha Beta Consulting Ltd has held the exclusive rights to collect internally generated revenue, especially the Land Use Charges in Lagos State in return for a commission. This is allegedly as high as 15%. However, as it is very difficult to account for any money until it has been paid into one of the Lagos State Government bank accounts, far more money could have been looted. According to Premium Times in 2008, “Alpha Beta Consulting is widely known amongst Lagosians as the state’s preeminent tax consulting firm, amidst speculations that it is being used as a conduit for siphoning state funds into private pockets.”

SEE THIS!  You Lack Moral Grounds To Help Yahoo Boys, Atiku To Tinubu

“In 2018, Oladapo Apara (former Managing Director of ABC) wrote a petition to the Economic and Financial Crimes Commission (EFCC) accusing Alpha Beta of N100bn tax fraud and failure to pay his termination benefits. He also opened a court case alleging that Tinubu was concealing his control over the consultancy company. This case was eventually settled out of court in September 2022.

“Like many business owners, Tinubu has ridden rough shod over workers rights. In addition, he has allegedly used monies he siphoned from Lagos State Government when he was Governor and afterwards to fund his business empire and financing what is now the APC.

“The idea that this corrupt tyrant should become President is a frightening prospect for workers and their trade unions. Handing Tinubu a copy of the NLC’s Charter of Workers Demands at a friendly meeting in the presence of Oshiomole and other turn-coats, is not going to change Tinubu’ habits of a lifetime. The NLC and the TUC should be preparing to fight the next President, whoever they turn out to be, rather than cozying up to them.” 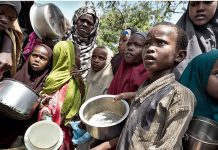 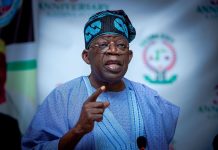