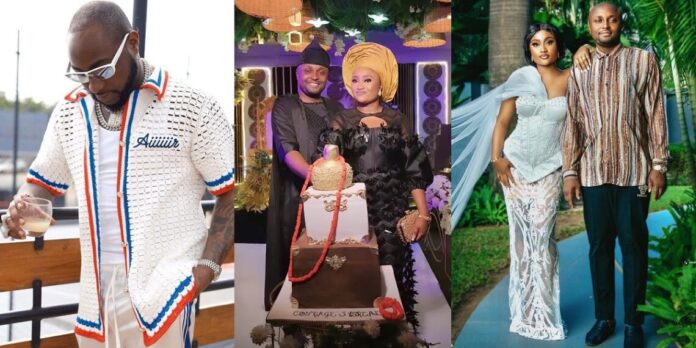 Nigerian superstar singer, Davido, has arrived in Benin for the wedding ceremony of his personal logistics manager, Isreal DMW.

This comes after the DMW boss was dragged for being absent at Israel’s traditional wedding on Thursday, October 20. 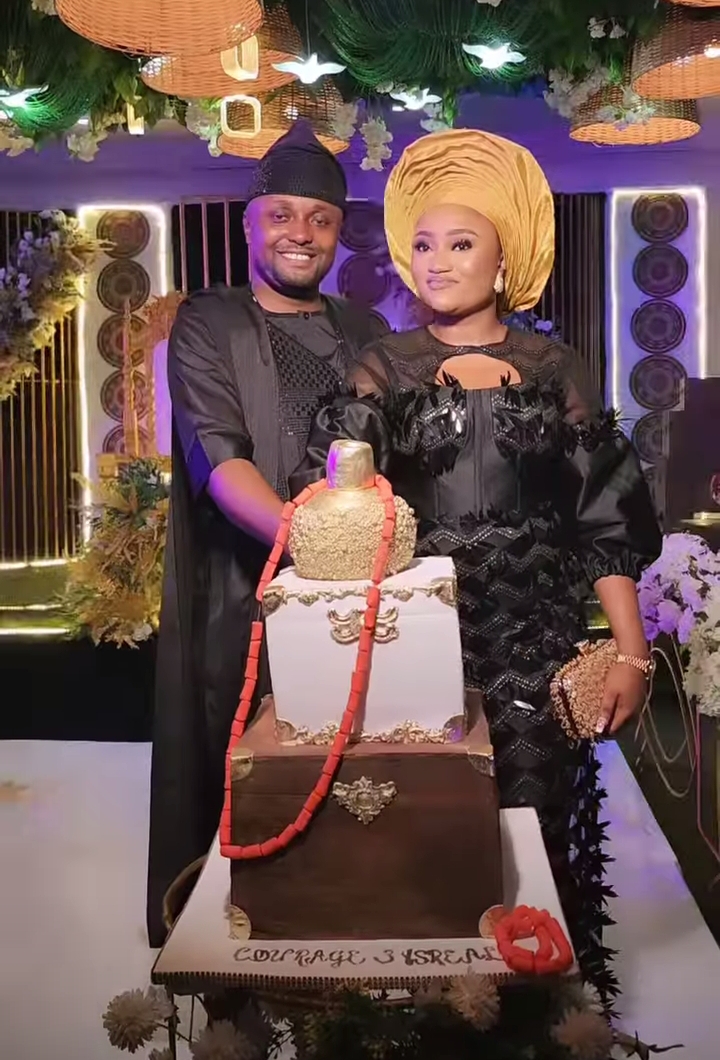 Recall that social media users had queried why Davido and the entire 30BG group were absent at Israel’s traditional wedding yesterday while reacting to a viral video showing empty seats at the event.

Videos from the event made their way to the internet, and observant social media users pointed out the empty seats at the wedding venue and concluded that there was a low turnout. ICYMI.

However, in a recent post, the groom, Isreal, has confirmed that his boss has arrived in Benin for his white wedding.

He shared a photo of Davido and captioned, “Welcome to Benin, sir.” 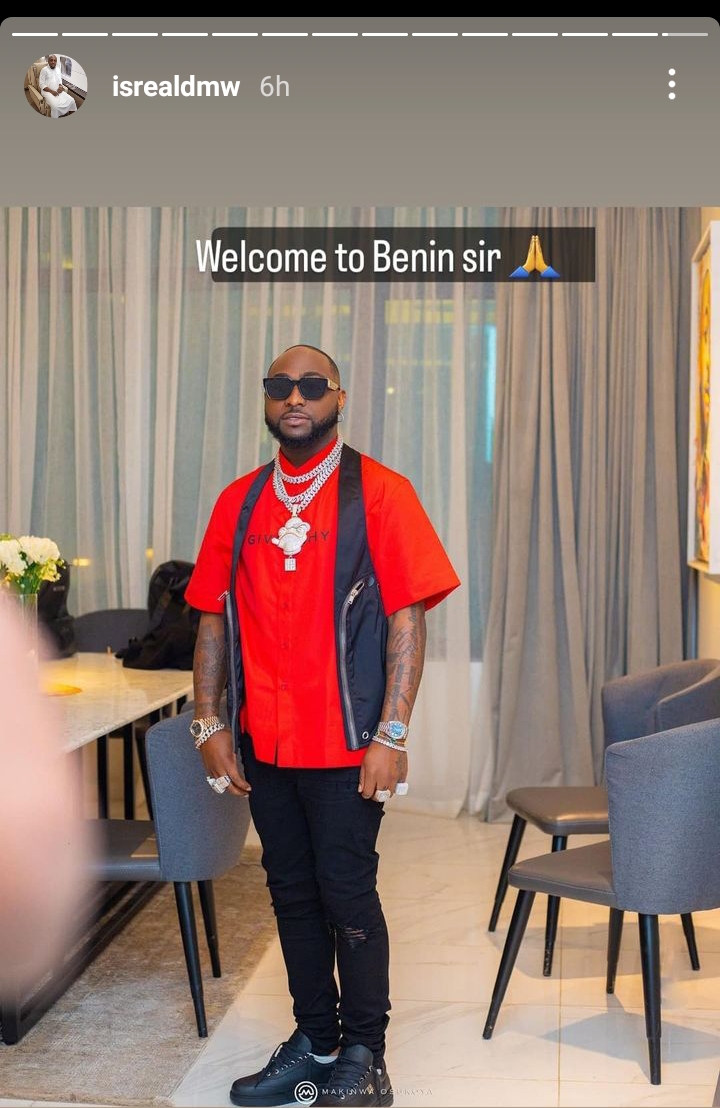 Just recently, Isreal DMW stirred reactions after he was captured showing utmost respect to his boss in his absence.

In a viral video, Isreal, who has constantly shown his allegiance to his boss, fell to the ground as soon as he saw Davido on TV.

A music video Davido featured in was playing on a home TV, and as Isreal spotted him, he quickly laid flat on the floor in reverence to the superstar singer.

He then got up, saluted the DMW boss with his hands up, and started dancing.

James Brown: “Bobrisky’s time has passed. I am now in charge”

Footage of Samuel Eto’o Assaulting a Fan After the Brazil and...