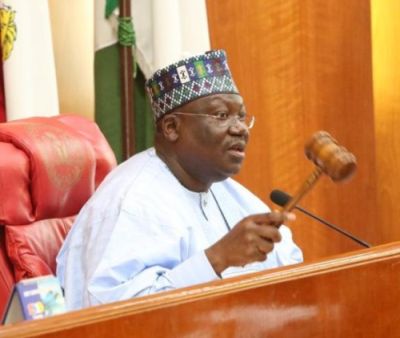 Yesterday, the Senate disappointed those who thought it would approve the 2023 Appropriations Bill into law.

The Executive Arm of government was held responsible for not only delivering the budget proposal extremely late but also for presenting a bill full of mistakes, according to the Senate, which failed to adopt the 2023 Appropriations bill as originally planned.

There were strong indications that the 2023 Budget was not going to be passed by the senators when the budget report was not listed on the Order Paper for yesterday’s legislative activities.

Prior to the disclosure by the President of the Senate, Senator Ahmad Lawan, the Senators had gone for an Executive Session shortly after the plenary resumed for the day and the closed session lasted for 15 minutes.

President Muhammadu Buhari submitted the 2023 budget proposals of N20.51 trillion to the National Assembly at a joint sitting on October 7, 2022.

Meanwhile, the Senate will defer its traditional Christmas holiday to enable the lawmakers to attend to what was described as President Buhari’s error-full budget proposals for 2023.

The Senate was expected to proceed on Christmas and New Year holidays following the passage but the decision to push forward the passage of the budget proposals has changed the plans.

Speaking after the closed-door session, Lawan said the 2023 Appropriations Bill cannot be passed as scheduled against the backdrop that the Appropriations Committee could not complete work on the budget report.

Lawan blamed the executive arm of government for submitting the budget proposal very late and with errors, disclosing that the process of cleaning the errors contained in the Appropriations bill was concluded, yesterday, adding that the two chambers have to harmonize the copy to be able to present the report for passage by both chambers on December 28, 2022.

Lawan disclosed that the Senate and the House of Representatives were collaborating with the executive to clean up the errors in the budget ahead of its passage on Wednesday.

Lawan also assured that the implementation of the proposed budget will still commence on January 1, 2023.

“Today (yesterday) was scheduled for us to receive and consider the report of our committee on Appropriation for the 2023 Appropriation Bill. However, due to some challenges, we are not able to receive the report of the committee and the main reason is that the Appropriation Bill came to the National Assembly with some problems and when our Committees on Appropriation in the Senate and the House of Representatives started to reconcile the figures of what we have done and what was presented, the problems became very obvious and they were not easy to deal with, and therefore, our committees had to start a process of cleaning up the Bill first.

“That process, of course, also engaged the executive arm because the problems came from there. It was concluded only on Wednesday, and our committee secretariats are not able to finish processing the budget for us to take today, tomorrow, Saturday or Sunday because these are periods that are for festivities, the Christmas period. Monday and Tuesday are public holidays.

“Consequently, we can only receive the report and consider it on December 28, 2022. That is the earliest, that’s next week.

“So far, this 9th National Assembly has done so much to pass the previous appropriation Bills since 2019, before the end of the year to date and I’m sure that this will remain one of the cherished legacies of the Ninth National Assembly.

“So, by the Grace of God, on the 28th of this month, the Senate and indeed the House of Representatives will all come back to receive and consider the budget report from our committees.

“Second, our Committee on Finance is this morning (yesterday) holding a public hearing on the Finance Bill 2022, and of course, the Finance Bill is the basis on which the Appropriation Bill 2023 is built.

“We had arranged yesterday that the Finance committee will present a report of the Finance Bill Hearing at 2 p.m., today. That of course would not be possible. This is the reason: We also received two communications yesterday, Supplementary Budget 2022 and of course, Ways and Means. So, our Committees on Appropriation, Finance, Water Resources, Agriculture and Works and Housing will be processing the Bills for today.

“In that respect, the Senate will adjourn immediately, so that our committees can start the action they are supposed to take and therefore, those reports will also be available to us on December 28, when we will be here.

“And by the Grace of God, December 28, 2022, will be a very heavily loaded day for us, but I’m sure we will be able to deal with all the issues that Wednesday and our colleagues, who will wish to travel back to continue the festivities with their families can still make it the following day.

SEE THIS!  Jandor reacts after thugs chase Funke Akindele out of Lagos Market

“Let me advise the executive. The Bills that have come to us, the Ways and Means, the Supplementary Appropriation, whoever is invited to come and explain, give information or any details for the National Assembly to understand must do so because it is not our work alone.

“We want to do our work thoroughly, we want to understand whatever we are going to deal with and to base our decisions on information, and time is of the essence.”

Lovely photos and video from the traditional wedding of Davido’s aide,...