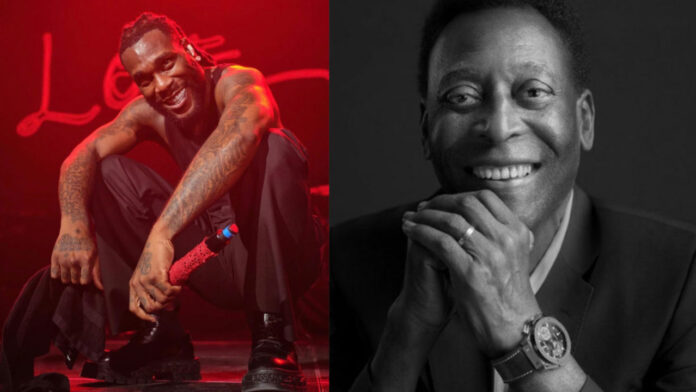 The football world was thrown into mourning following the announcement of the passing of a legend, an icon of the game Pele, and it seems as though the entertainment industry was not left out as well as the grammy award-winning singer and performer Burna Boy took to his social media platform today, Thursday, December 29, 2022, to react to the news of his death.

Burna made it clear that his contribution to the beautiful game of football would never be forgotten for many years to come as ‘Legends Never Die.’ The news of the passing of the football icon was announced on his social media platform today, Thursday, December 29, 2022, in a post that read:

Inspiration and love marked the journey of King Pelé, who peacefully passed away today. On his journey, Edson enchanted the world with his genius in sport, stopped a war, carried out social works all over the world and spread what he most believed to be the cure for all our problems: love.

His message today becomes a legacy for future generations.

Thank You for being an inspiration Pele.

JUST IN: Another container falls in Lagos