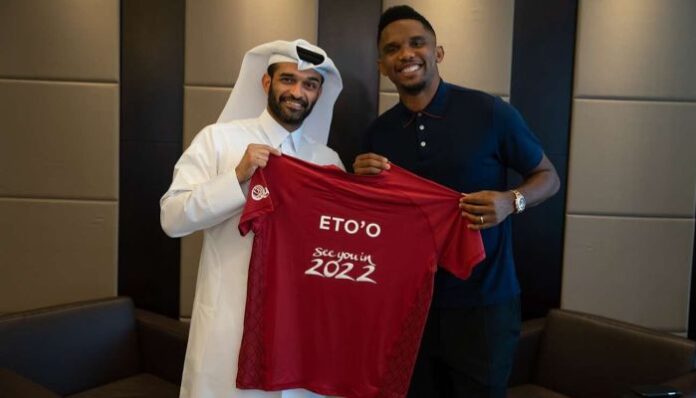 Samuel Eto’o has reacted to the recent altercation he had with an Algerian fan after the game between Brazil and South Korea at the ongoing Qatar 2022 FIFA World Cup.

The former Barcelona player was seen in a viral video that was posted on social media on Tuesday, December 6th, 2022 assaulting the Algerian Youtuber.

According to reports, the incident was sparked by an argument regarding Cameroon’s qualification for the World Cup.

Eto’o apologised in an official statement on his official Twitter account on Tuesday, December 6th, 2022. According to him, the incident which has been circulated on social media does not reflect his personality.

He said he has been a victim of insults from Algeria supporters since Cameroon booked their qualification ticket ahead of Algeria. 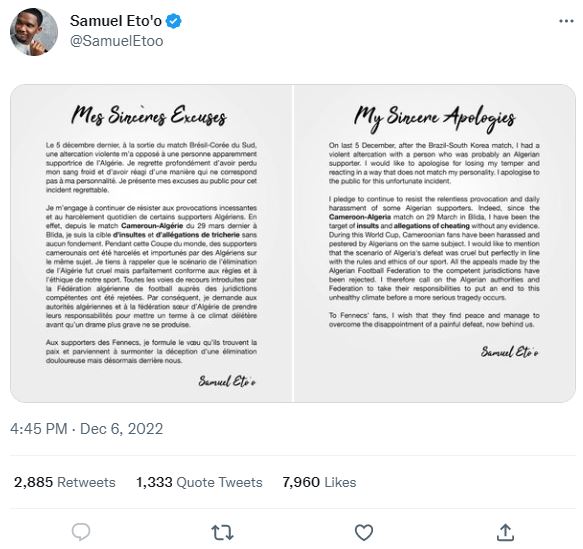 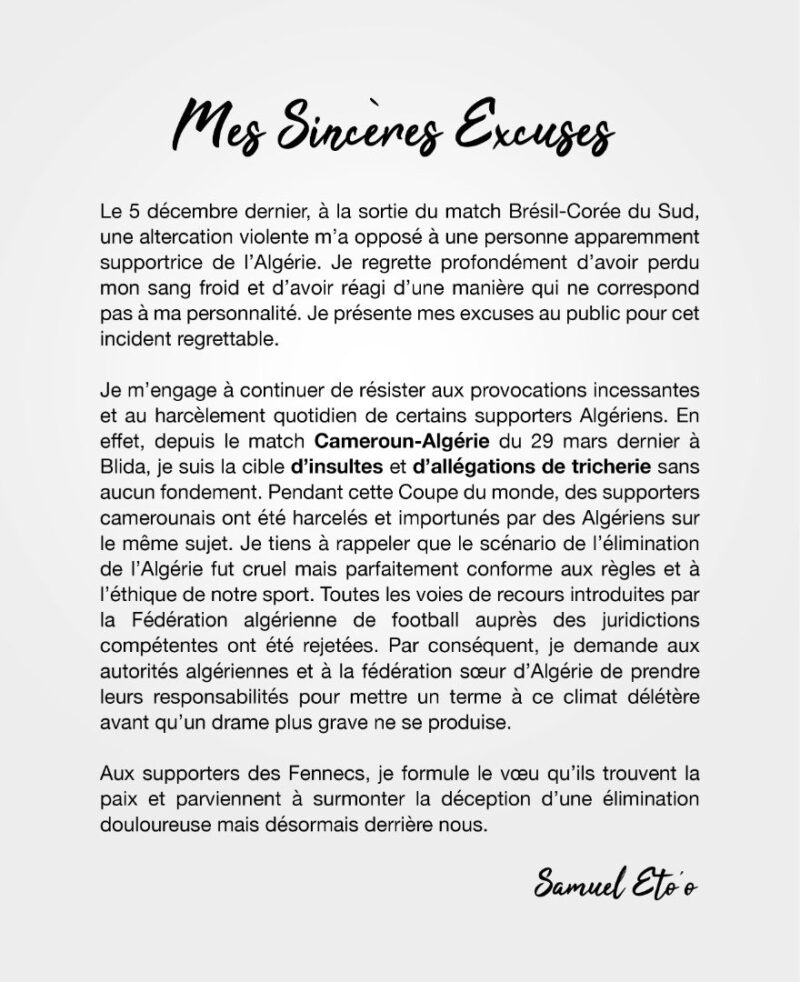 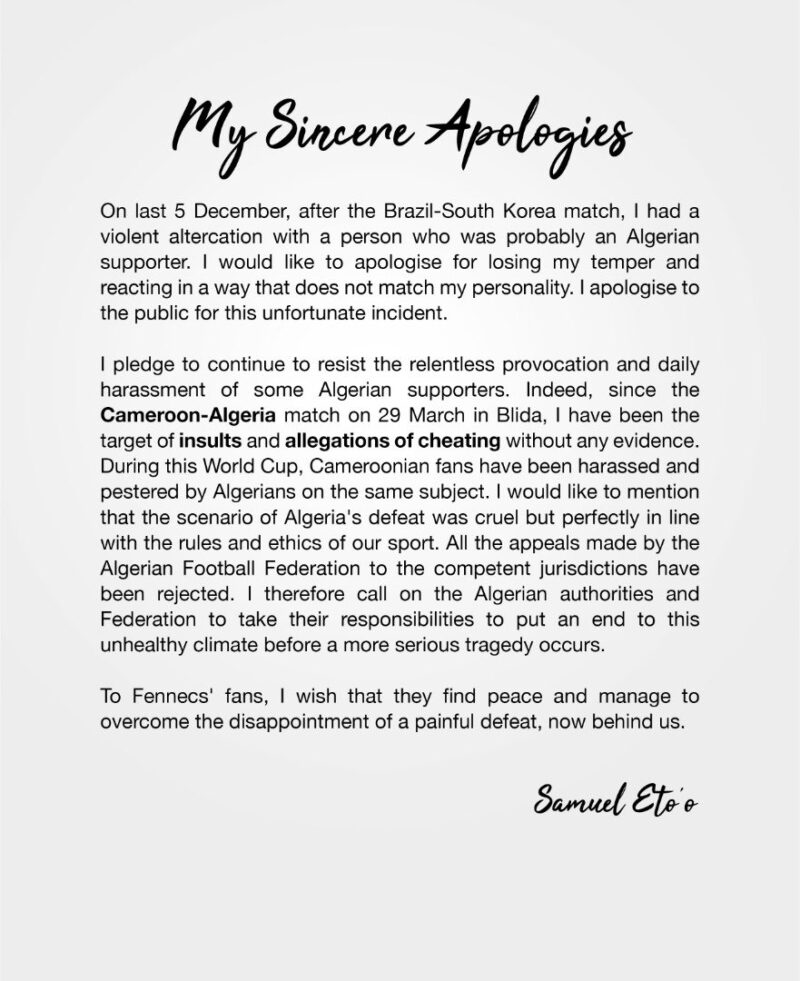 SEE THIS!  Legend! See How Many Followers Al-Nassr Gained After His Announcement

Zubby Michael: “Why I am still single” | WATCH

Cristiano Ronaldo Reacts As His Girlfriend Gets Him An Unexpected Gift...