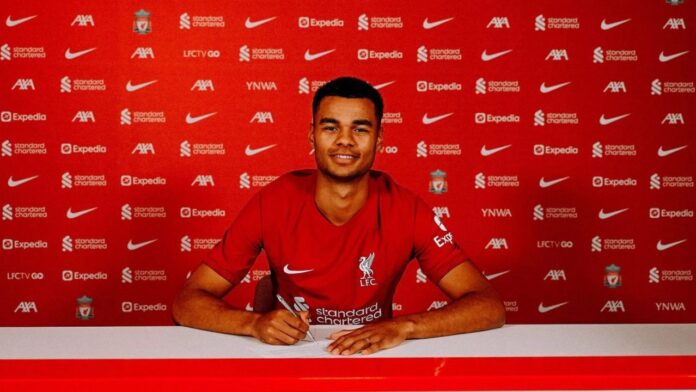 Gakpo made this revelation in his first official interview with the club where he mentioned that his teammate on the Netherlands national team, Virgil Van Dijk convinced him. He said the deputy captain of Liverpool told him that if he wants to grow as a footballer, Liverpool was his best option.

I’m really excited to be at Liverpool, looking forward to start playing for this amazing club. This is a great club for me to come in and try to show what I can do and try to help the team to achieve more beautiful moments, it’s also good to develop here. It was really hectic because it went really fast with Liverpool… and it was Christmas! Crazy! Everyone I know texted me. Van Dijk told me that this is the right move for me to become a better player, that Liverpool is a really massive club but also a real family.

Gakpo signed a six-year deal with Liverpool which will keep him at Anfield until the summer of 2028.

“How can you let EFCC arrest your guests” – Lady berates...

Wout Weghorst Leave Istanbul Ahead of his move to Manchester United...

Nkechi Blessing: “There’s nothing on the street, hold your man tight”