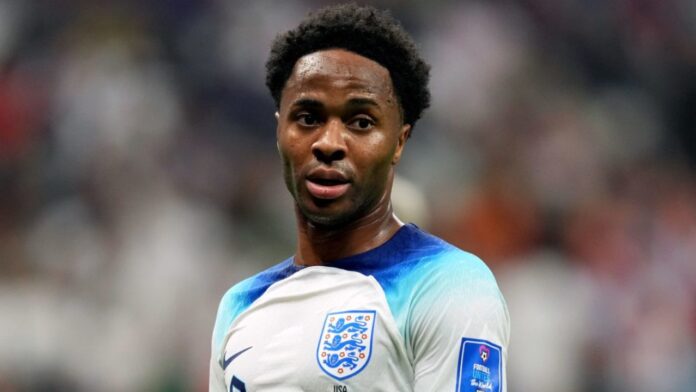 With so many speculations as to why Chelsea forward Raheem Sterling missed England’s World Cup 2022 fixture against Senegal, the reason for his absence has been confirmed by news outlets.

It is understood the incident happened on Saturday night. Sterling has three young children. According to a spokesperson for the player, Sterling was “shaken” by the news and “as soon as he was alerted he wanted to get home, concerned for the well-being of his children.”

It is understood Sterling wanted to get home as soon as he was alerted to the break-in, having been very shaken and concerned for the wellbeing of his children.

The possibility of Sterling returning to Qatar under the right circumstances is still something Southgate confirmed in his post-match conference. He revealed:

I really don’t know, because at the moment it is a situation that he needs time with his family to deal with and I don’t want to put him under any pressure with that. Sometimes football isn’t the most important thing and family should come first.

SEE THIS!  Gay couples will be allowed to openly hold hands and kiss at Qatar World Cup

The Only Club That Can Afford Lionel Messi — LA LIGA...

Portable mocks graduates shaming him for not going to school