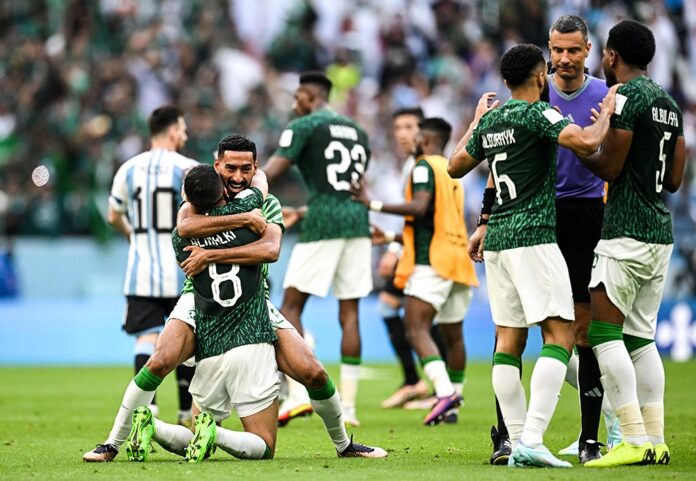 The head coach of Saudi Arabia, Herve Renard has continued to show over time that he is not a push over when it comes to national team coaching. Argentina started the game in good form as they opened scoring in less than 15 minutes from the penalty spot which was converted by Lionel Messi.

Argentina continued to dominate the game as they scored three more goals in the first half but they were all ruled out for offside.

However, Saudi Arabia came into the second half with other ideas as they scored two quick goals in the first ten minutes of the second half, the winning goal came from the boots of Salem Al Dawsari.