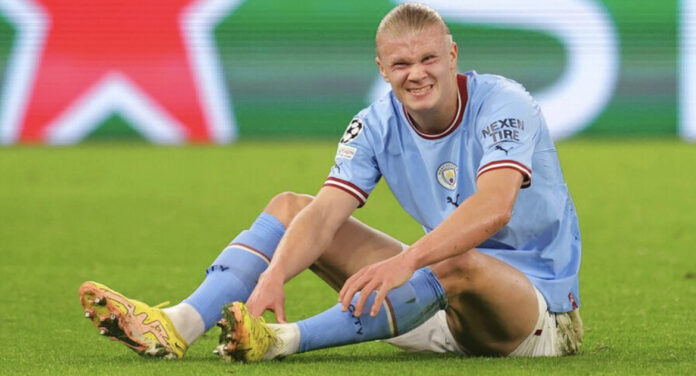 Pep Guardiola says Erling Haaland “feels better” after suffering a knock to his foot against Borussia Dortmund but still needs to be assessed before Manchester City’s Premier League meeting with Leicester on Saturday.

Haaland, who has scored 17 goals in 11 Premier League appearances this season, had to be taken off at half-time of City’s goalless draw with Dortmund in the Champions League on Tuesday, the striker also suffering from illness and fatigue.

Guardiola was optimistic about his top scorer’s chances of recovering in time for Saturday’s trip to the King Power Stadium at his press conference on Friday but stopped short of passing him fit.

“He feels better but we will train this afternoon and we will assess in a few hours,” said Guardiola.

“We will see how he feels in his foot and after we will decide.

“I will know in two hours if he’s able to play or not.”

Guardiola reported no other fresh injury concerns, with Joao Cancelo, who also had to be taken off at half-time against Dortmund, recovering from illness.

“I think everybody trained well after the game,” he said.

SEE THIS!  We Will Sue IF You Fight – Man United Warn Ronaldo

Ayra Starr Calls Out Afrochella After Falling on Stage

Ghana Knocked Out Of The Qatar World Cup