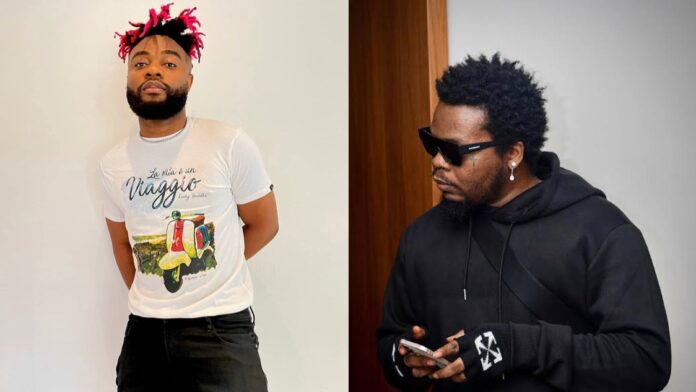 YBNL boss and OG rapper, Olamide has made a new addition to his record label as he unveils a new act, Senth.

Olamide had made this announcement via his social media with a music video snippet of Senth’s new single, “Dagger.” The post had been captioned with the assuring words; “Welcome to YBNL/Empire @senthmusic . Let’s fvck $hit up

An Afropop and Alternative Pop singer, Senth had grown up in the Northern part of Nigeria while hailing from the East. According to him while in conversation with Moet Abehe on Sound City FM, he’d shared that his YBNL signing came at a low point in his music career and had been orchestrated by a friend.

The singer also shared the good news with a heartfelt message stating; “Time,sweat,tears and devotion all have I given to this craft and more. Earnestly words can’t do justice to how I’m feeling right about now

DAGGER IS OUT NOW ON ALL PLATFORMS

SEE THIS!  Phyno Shocks Fans With Latest Announcement About Olamide

Cristiano Ronaldo is back from Suspension

Things You should Know About The 4 Big Brother Titans New...

Celestial church members protest against their head prophet in Ibadan