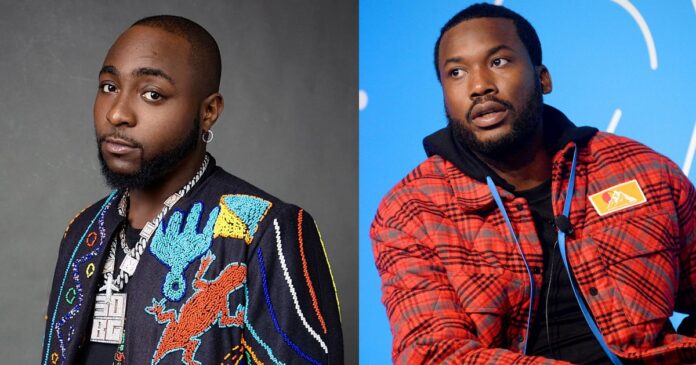 American rapper, Meek Mill has sent a message of encouragement to Nigerian music star, Davido via his Instagram story, some months after addressing their feud.

Meek Mill who is currently in Ghana for Afro Nation sent a simple note of encouragement to Davido via the Instastory feature on the 29th of December, saying “Stay strong, keep going.”

While Meek Mill hadn’t given context to his message, it comes almost two months after Davido lost his son, Ifeanyi, in a tragic pool accident and was probably sent as a message to uplift the Nigerian star.

Meek Mill and Davido have previously collaborated on “Fans Mi” which was Davido’s first American collab that had also given rise to a wave of American collabs in the music industry.

Also, recall that earlier in the year when Meek Mill had shared his desire to visit Africa, he’d mentioned that he and Davido had previously been in a fight, stating that they were “mad at each other”. Although it is inconclusive, this message serves as an indication that peace may have finally been brokered between the two stars. Davido had additionally reacted by quoting the rapper’s tweet with a line from his song “Fem” saying, “Make una tell am to call me”

SEE THIS!  See Burnaboy Reaction To The Death Of Football Legend Pele