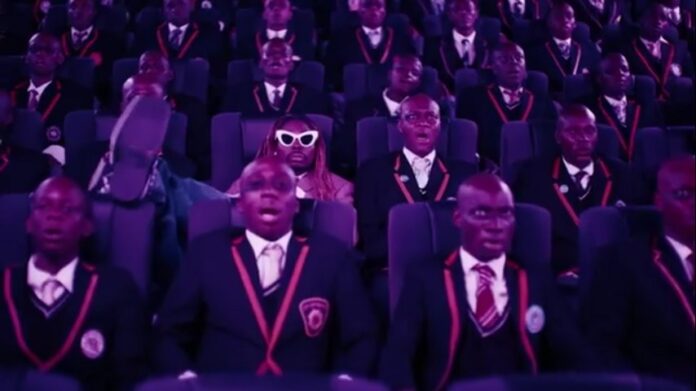 Buzzing Nigerian singer, Ahmed Ololade, popularly known as Asake, has released the official video for his smash tune ‘Organise’ and the fans can’t keep calm about it.

The talented singer, who has been on fire since 2022 started, maintaining his stance as one of the hottest revelations the Nigerian music scene has ever seen, continues to ride that wave.

The afro-fusion smash, which was released off his chart-topping debut album “Mr. Money with the Vibes,” now has an official video released on Tuesday, November 29th, 2022. The sizzling clean video was shot by prolific and award-winning Nigerian cinematographer TG Omori and has become a trending topic due to various reactions from fans.

That organise video de carry me go where I no know. Asake and TG omori don do am again

Asake and Tg omori carried us handicap they shot Organise video but we were expecting Nzaza video.
The video is out now tho

Asake dropped Organise official video 🔥🔥🔥🔥🔥🔥🔥🔥🔥 @boy_director you don take your work too serious, nobody wan competition with you for now oooo 😂😂

If this is not the best music video of 2022 yet I wonder which is? Man Asake is an Afrobeat Genius.. big ups to TG OMORI #organise pic.twitter.com/B7WDDACHNS

SEE THIS!  Reactions trail the moment Wizkid and Kizz Daniel link up at backstage

Reason Lionel Messi Might Miss The Finals Against France

Reason i am yet to receive support from colleagues — Omah...