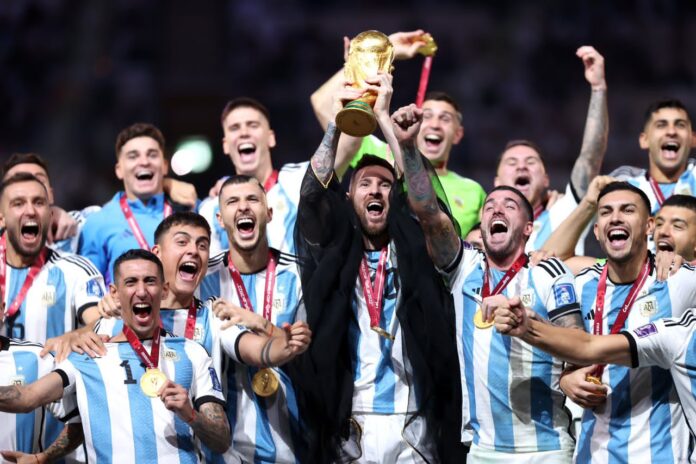 The game looked like a stroll in the pack for Argentina when Messi scored the opening goal in the first 20 minutes of the game. Di Maria doubled the lead for Argentina before the end of the first half which sent the Argentines to the seventh heaven.

Another PSG Player, Kylian Mbappe had other plans in the second half when he scored a brace in less than 5 minutes to take the match into extra time.

Messi showed the world why he is in the debate of the greatest footballer of all time when he scored the first goal in the extra time of the match. However, Mbappe scored again from the penalty spot in the final minutes of the extra time to send the game into penalty shoot-outs.

Eminialo Martinez was the star man in the shootouts following his heroic saves. The Aston Villa man saved two penalties from the French players.

The last time the South Americans won the competition was in 1986 which was inspired by Diego Maradona.

SEE THIS!  Lionel Messi Speaks On Germany’s Exit From Qatar 2022

Cristiano Ronaldo’s Partner, Georgina Breaks Silence on the Loss of Her...

Seun Kuti reacts after being accused of being insensitive | ...