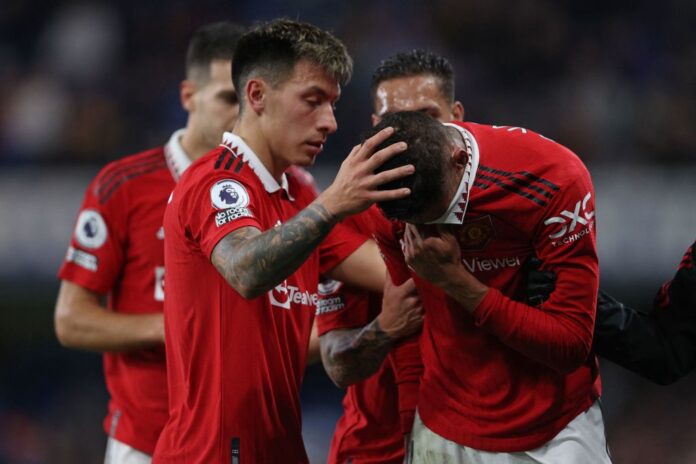 The French defender suffered an injury in against Chelsea in the second half of the game at Stamford Bridge. However, it has been confirmed that he suffered a hamstring injury but it has not been determined for how long he will be absent.

The absent of Varane will be a big blow for Manchester United and the Le Blues of France in the remaining league games before the World Cup and during the competition.

Raphaël Varane has a hamstring injury, but the extent of the injury is unknown as of yet [@FAFiltvedt]

SEE THIS!  Messi, Ronaldo, Obama, and others React to the Death of Brazil's Legend Pele

Reactions As Multiple Women Are Unable To Sit On A Plane...