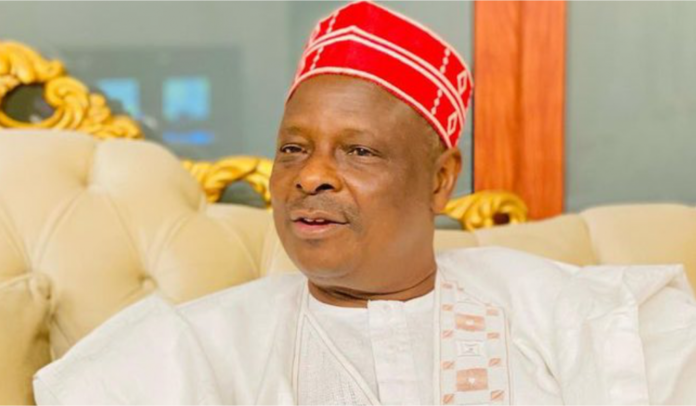 According to his manifesto, Kwankwaso promised to recruit 750,000 youths into the Nigeria Police Force and make the West African Examinations Council and the Joint Admission and Matriculation Board free for students.

Speaking at an event in Abuja on Thursday, Kwankwaso stated that his promises to Nigerians are anchored around his “deep commitment to making the country work for all of us and in the overall interest of all Nigerians”.

The former Kano governor said if elected, his administration will provide patriotic and competent leadership that is guided by the seven time-tested principles of public life: selflessness, integrity, objectivity, accountability, openness, honesty, and leadership by example.

“We will be fair and just to all, and we shall ensure fairness and justice at all levels of governance,” he said.

Speaking on the security of the nation, Kwankwao said insecurity has contributed to heightened, and increasing despair and hopelessness in Nigeria. He said if elected, his administration will tackle the menace using a “special approach”.

“In our arrangement, we shall use the military and the police optimally to ensure that terrorism, banditry, kidnapping-for-ransom, militancy, insurgency, oil theft and bunkering, communal clashes, and all other forms of security breaches that are making our country unsafe are tackled head-on and brought to a permanent stop,” the manifesto reads.

“The size of the Nigerian Armed Forces will be built to about one million active service men and women. This entails recruiting an additional of about 750 thousand more personnel into the armed forces.

“The size of the Nigerian Police will also be built to about One million active service men and women. This will bring the police-to-citizen ratio to 1:220 (much better than the UN-recommended minimum of 1:450). The numbers can easily be obtained from the pool of able-bodied unemployed youth that are roaming our streets in all the 8,809 wards.

“After the special operation that will bring to an end the menace of terrorism, violent extremism, kidnapping-for-ransom, banditry, farmers/herders clashes, and any such insurgency threats, bulk of the armed forces and the police will then be redeployed to other productive activities such as: engineering works, healthcare works, housing infrastructure works, agriculture services, and such other public interest works.”

Speaking on his plan for education, Kwankwaso stated that his administration will treat education as an investment, not an expenditure.

He said his administration will mop up the 20 million out-of-school children in Nigeria in the next four years, and review provisions of the Universal Basic Education Act with emphasis on gender equity in primary and secondary school enrolment.

“For our administration, no Nigerian child shall be denied the opportunity to write WAEC, NECO, JAMB, etc., because of their inability to pay exorbitant registration/examination fees. These examinations shall be free and all application forms for admission into tertiary education institutions (TEIs) shall also be free,” the document said.

“The notion that matriculation examination in Nigeria expires after one year will be stopped forthwith. JAMB results under the RMK government will have a lifespan of four years and TEIs will be required to accept these results for the purposes of admission.”

He said rather than establishing new public tertiary institutions, his administration will focus on upgrading, rehabilitating and expanding the existing ones to the level of global competitiveness.

On economy, he said his administration will run an emergency rescue plan to salvage the economy, protect the citizens’ savings, restore fiscal discipline, and improve crude oil and gas production.

Kwankwao said he would also improve non-oil revenue, target inflation, save the naira from the current “uncontrolled devaluation”, and limit capital flight from the country.

“We shall expand the tax base and the tax net by ensuring that businesses that are actively avoiding and/or evading tax are brought into the tax system. We shall Create the enabling environment where trade, investments and businesses will blossom and manufacturing (re-industrialization) will be the pivot upon which the Nigerian economy will stand,” the document reads.

“The economy will be actively diversified. Aggressive efforts will be made to strengthen the non-oil sectors, hone the potentialities, harness the opportunities and harvest the yields for the good of all Nigerians.”

According to the document, fiscal discipline will be restored by reducing the size of the federal government’s recurrent expenditure to bring down the level of deficit.

Kwankwaso stated that given the level of the deficit, the capital budgets will be overhauled to improve value for money by prioritising only key infrastructure projects that will have a positive impact on production and competitiveness.

He said jobs will be created at multiple levels through the economic revamping strategy as well as through constructive engagement with the youth by honing their skill sets and providing them with the necessary support.

“More and more jobs will be created through targeted investments, special accelerated projects and programmes,” the document reads.

Chelsea FC Confirm the Signing of a Forward Player