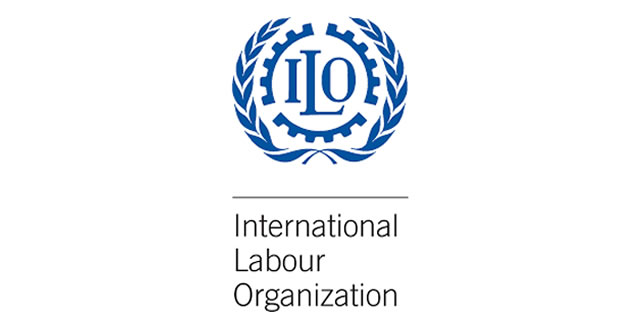 The ILO’s World Employment and Social Outlook: Trends 2023 report projected that global employment growth will be only 1.0 per cent in 2023, less than half the level in 2022.

It stated that the moderate size of this projected increase was largely due to tight labour supply in high-income countries.

According to the report, in addition to unemployment, job quality remained a key concern, adding that decent work is fundamental to social justice.

It added, “A decade of progress in poverty reduction faltered during the COVID-19 crisis. Despite a nascent recovery during 2021, the continuing shortage of better job opportunities is likely to worsen.”

SEE THIS!  My support for Tinubu unshaken — Yahaya Bello

The report further highlighted that the current slowdown means that many workers would have to accept lower-quality jobs, often at very low pay, sometimes with insufficient hours.

“Furthermore, as prices rise faster than nominal labour incomes, the cost-of-living crisis risks pushing more people into poverty. This trend comes on top of significant declines in income seen during the COVID-19 crisis, which in many countries affected low-income groups worst.”

The report also identified a new, comprehensive measure of the unmet need for employment – the global jobs gap.

It said, “As well as those who are unemployed, this measure includes people who want employment but are not actively searching for a job, either because they are discouraged or because they have other obligations such as care responsibilities. The global jobs gap stood at 473 million in 2022, around 33 million above the level of 2019.”

It further stated that women and young people were faring significantly worse in labour markets, noting that globally, the labour force participation rate of women stood at 47.4 per cent in 2022, compared with 72.3 per cent for men.

“This 24.9 percentage point gap means that for every economically inactive man, there are two such women.”

SEE THIS!  Heartbroken lady calls out her boyfriend who got married hours after they spoke

“Their unemployment rate is three times that of adults. More than one-in-five – 23.5 per cent – of young people are not in employment, education or training,” the report further said.

The Director-General of ILO, Gilbert Houngbo, said, “The need for more decent work and social justice is clear and urgent but if we are to meet these multiple challenges, we must work together to create a new global social contract. The ILO will be campaigning for a Global Coalition for Social Justice to build support, create the policies needed, and prepare us for the future of work.”

According to ILO’s Director of Research Department and Report Coordinator, Richard Samans, “The slowdown in global employment growth means that we do not expect the losses incurred during the COVID-19 crisis to be recovered before 2025.”

He added that the slowdown in productivity growth is also a significant concern, as productivity was essential for addressing the interlinked crises.

“We face in purchasing power, ecological sustainability, and human well-being.”

The report noted that in 2023 Africa and the Arab States should see employment growth of around three per cent or more.

“However, with their growing working-age populations, both regions are likely to see unemployment rates decline only modestly (from 7.4 to 7.3 per cent in Africa and 8.5 to 8.2 per cent in the Arab States).

SEE THIS!  Man raises alarm because his virgin wife did not bleed after intercourse

“While in Asia, Pacific, Latin America and the Caribbean, annual employment growth is projected to be around 1 per cent. In Northern America there will be few or no employment gains in 2023 and unemployment will pick up,” added the report.

It noted that Europe and Central Asia were particularly hard hit by the economic fallout from the Ukraine conflict, but employment was projected to decline in 2023.

“Their unemployment rates should increase only slightly given the backdrop of limited growth in the working-age population,” it noted.

Buhari speaks on His Commitment To Campaigning For Tinubu | DETAILS...