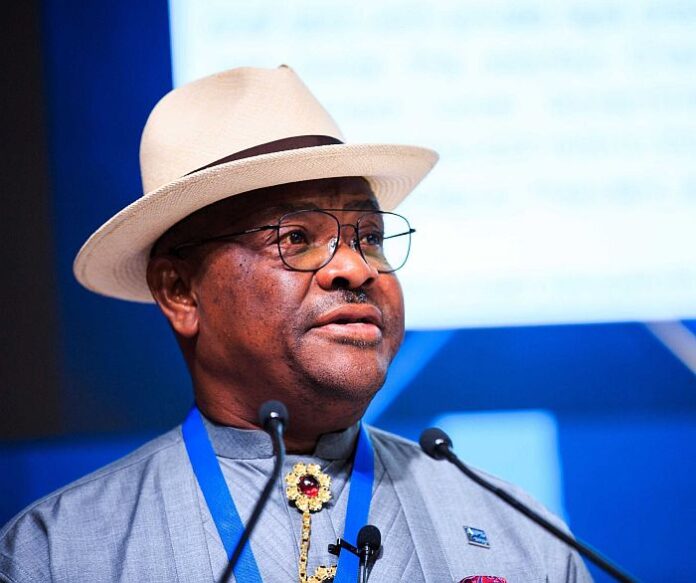 Nyesom Wike says he will make his preferred presidential candidate known in January 2023.

The governor, who stated this on Thursday, said he will also campaign for his adopted candidate nationwide.

“From January next year, I will campaign to my people whom they will vote for,” Wike said when he commissioned the tenth flyover by his administration in the Obio-Akpor Local Government Area of Rivers.

“Not only will I tell them (my people) whom to vote, I will move from state to state (for campaigns) and why they should vote for the person, nothing will happen,” he said.

Following the PDP presidential primary in May where he lost out, Wike has been at loggerheads with Atiku Abubakar over the chairmanship of Iyorchia Ayu.

After the presidential primary, Atiku, a former Vice President, stung Wike when he passed over his closest rival at the primary and chose Delta State Governor, Ifeanyi Okowa as his running mate.

Wike, with four other PDP governors known as the G5 or the Integrity Group, have insisted that Benue-born Ayu must step down for a southerner as a precondition to support the 2023 ambition of Atiku.

SEE THIS!  Wike Mocks Atiku Over Obasanjo’s Endorsement Of Obi

Earlier in December, the Director General of Atiku’s Campaign, Governor Aminu Tambuwal of Sokoto State visited one of Wike’s ally and a G5 member, Governor Samuel Ortom of Benue State in a move to resolve the crisis but no success was achieved.

Later the same day, Atiku, on Channels Television’s The People’s Townhall, said he has met Wike five times to resolve the issue but there is no end in sight. Ortom and Wike subsequently shunned Atiku who was in Benue earlier this month for campaigns.

While Wike and his allies have not been seen to campaign for Atiku, it is not clear whether they will support Obi, Kwankwaso or APC’s Bola Tinubu in the contest for Aso Rock’s top job.

449 Killed on Road Accident in one month – Fashola