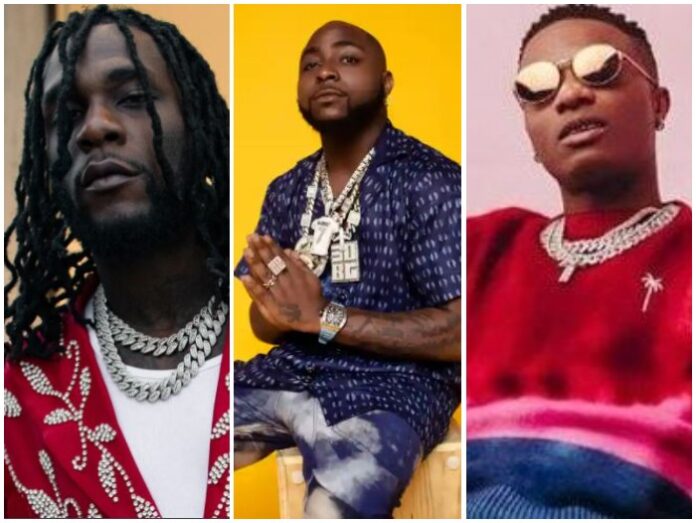 David Adeleke, better known as Davido, has replied to his colleague, Damini Ebunoluwa Ogulu, popularly called Burna Boy’s claim to being his (Davido) uncle in the industry.

Burna Boy had earlier in a post referred to Wizkid as all Nigerian artistes’ father and tagged himself as an uncle to Devido.

This is coming after singer, Ayodeji Ibrahim Balogun, known as Wizkid, in a recent controversial post, bragged about his supremacy in Nigeria music industry, and also demanded to be addressed as sir or daddy before mentioning his name.

“Lmao, normally Wizkid na every Naija artistes popsy for sure. But I be Uncle to Davido for the Music thing!!! Yes I said it.”

In his response, David wrote,

“Nigga till you stop making music I’m gonna be bigger than you, I ain’t the one that signed a slave deal with your record label because you wanna chase numbers and be bigger than Wizkid & myself.

“You still ain’t seeing our backs.”

Chris Brown Reacts To Rema’s Interview Speaking About Him