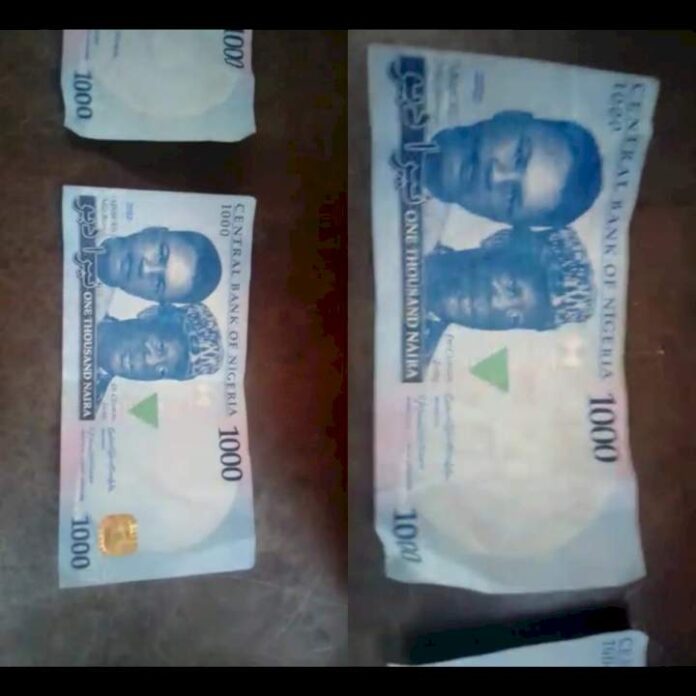 In a bid to save Nigerians from falling victims to fake Naira notes, the apex bank of the country, the Central Bank of Nigeria (CBN), has released the security features of the redesigned Naira notes.

There had been growing concerns among Nigerians about the possibility of duplicitous elements taking advantage of the situation by counterfeiting the new notes. This release of the security features, however, comes as a relief for everyone.

The public security features of the new ₦200, 500, and ₦1,000 banknotes as released by CBN can be seen in the explanatory photos below:

A Nigerian man has raised alarm over the circulation of fake N1000 notes. Recall that the redesigned N1000 notes were released to Nigerians on December 15.

It appears some criminal-minded people have manufactured the fake notes and are now circulating them.

The Nigerian man says the money was given to his wife who runs a POS business. He pointed that the fake notes did not have the gold seal like the original notes

Watch the video he shared below

SEE THIS!  Anita Joseph reacts after being dragged for wearing miniskirt to meeting with Peter Obi