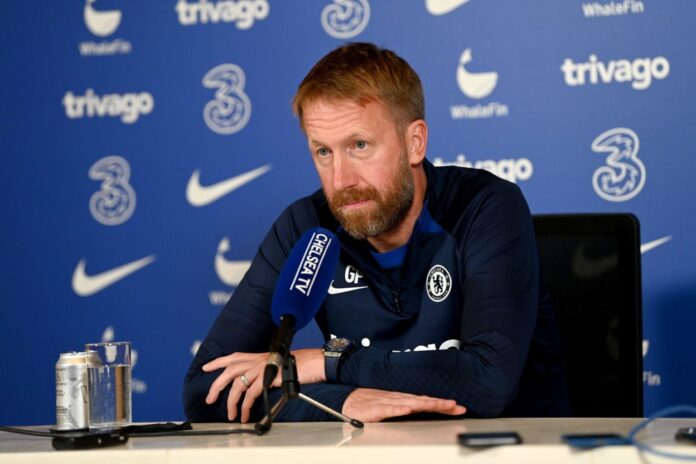 The head coach of the Blues, Graham Potter, was asked if Todd Boehly had told him about the possibility of bringing Cristiano Ronaldo to the club. The Englishman was speaking after the game against the Red Devils on Saturday, October 22nd, 2022.

I never speak about players that aren’t Chelsea players.

Ronaldo was linked to Chelsea during the summer transfer window but the former manager of the Blues, Thomas Tuchel was not interested in signing the Portuguese.

The 37-year-old has not been on good terms with the manager of Manchester United, Erik Ten Hag following the incident that happened in the game against Tottenham.

Graham Potter when asked if Todd Boehly presented him with the chance to sign Cristiano Ronaldo: "I never speak about players that aren't Chelsea players". 🔵🇵🇹 #CFC @footballdaily pic.twitter.com/tY6uYexGzq

SEE THIS!  I gave my girlfriend N1,000 daily for 3 years, Bike Man Lament after girlfriend cheated on him