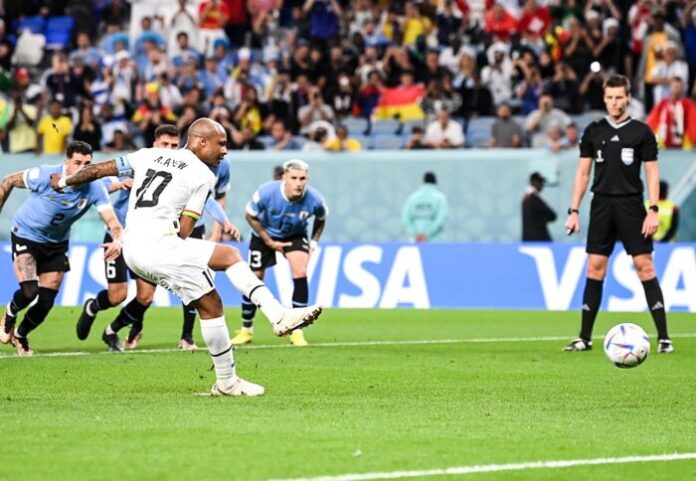 Uruguay beat Ghana but went out of the World Cup on goals scored as they finished third behind South Korea in Group H, despite Luiz Suarez’s heroics.

The Uruguay striker played a major role in both of Uruguay’s goals and was in tears after the final whistle, following what may have been his last international.

Both goals were scored by Giorgio de Arrascaeta, the first a close-range header, the second a sublime volley.

In Group H’s other game, South Korea’s 2-1 victory over group winners Portugal was enough to take them through in second place.

SEE THIS!  Premier League Player Of The Month For January 2023, See Winner

Ekweremadu: EFCC Responsible For My Detention In UK

Lionel Messi Becomes the First and Only Player to Achieve this...