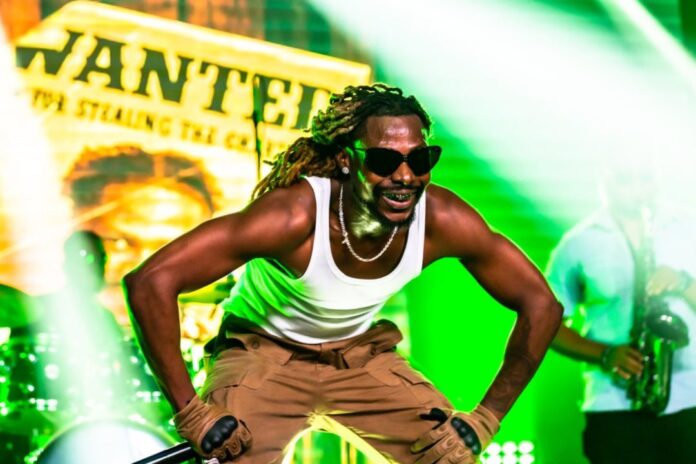 Asake’s third day at the 02 Brixton has been brought to a sudden halt following the eruption of a stampede at the show.

With two great nights done and dusted, the Neo-fuji star had unfortunately had to bring his third night at the 5,000 you capacity 02 Academy Brixton to a stop after about a thousand people had forced their way inside. According to eyewitness reports, this development had occurred shortly after Asake started performing on stage. Authorities also state that four concert-goers are currently in critical condition in the hospital after the police was unable to hold off the crowd which was estimated to be about 3,000.

Asake’s last London show just got cancelled for real. We all thought it was a prank 😠😠 pic.twitter.com/ox6Azuzixl

Following the turn of events, police had stepped in to shut down the show with the organisers making it known that ticket fees will be refunded.

So the police have locked off Asake and have left a bunch of people in an alley in the freezing cold. It is well. pic.twitter.com/NSuu2MudHK

Asake had previously performed twice at the show venue to raving reviews. Showgoers however speculate that the stampede was caused by Asake fans who snuck into the venue with fake tickets, preventing a good number of legitimate ticket holders from getting in and leading the stranded crowd to take desperate measures.

SEE THIS!  Don Jazzy: I Can’t Be Faithful To One Woman

See reactions from fans below!!

I’m really finding it hard to believe that the people outside the Asake concert didn’t have tickets. I’m sure the concert was oversold

Getting ready for Asake’s concert in Lagos after seeing what happened in London: pic.twitter.com/ISfbYu0mQP

People who weren’t at the aṣake concert really need to stop saying everybody outside didn’t have tickets. You think people that didn’t pay for the show will be trying to break down door?!

Mr Money proves he’s equally the man for the people as he apologises for the stampede on the last day of his 02 Brixton Academy show.

Asake has apologised to fans present at his 02 Brixton Academy show which got shutdown by the authorities following a massive stampede.

Happening in the early hours of the 16th of December, which is the third day of the singer’s performance at the approximately 5,000-capacity venue, the stampede took place outside the venue by stranded show-goers who attempted to force their way into the venue. Asake has responded to the incidence by issuing an apology to fans saying “My heart is with all those who were injured last night and cause any form of discomfort. I pray you get well soonest. I am also in the process of reaching out to individuals. I still do not have the full brief from the venue management themselves as to what led to the disruption at the entrance of the Brixton Academy, but we are thankful that all was peaceful at the end. For my people who enjoyed the beginning of my performance, I am sorry that it was cut short. Thank you for your unbelievable love London. I love you too much! I’m looking forward to seeing you again in a bit!”

Currently, while the show promoters; Cokobar have also expressed their sorrow over the event turnut, no explanation has been tendered over the cause of the stampede. However, four show-goers have been reported to be in critical condition and are receiving hospital care.