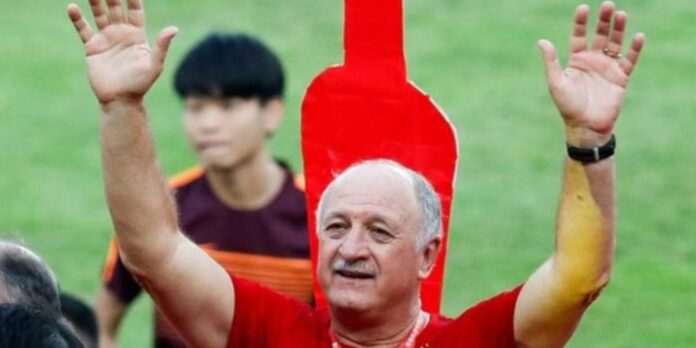 Scolari made the announcement after the final league game of the season in the Brazilian Championship. He was in charge of Athletico Paranaense, the club finished sixth in the final standing ot the league table.

The height of Scolari’s career was in 2002 when he won the FIFA World Cup for Brazil which was hosted by South Korea and Japan. He also took Portugal’s dream team to the final of the European competition in 2004 but lost to Greece.

The Brazilan was appointed manager of Chelsea Football Club in 2008 but a series of bad results just months after he was appointed saw his contract terminated in February 2009. He went on to coach the Samba boys but he could only take them to the Semi-finals where they got thrashed 7-1 by Belgium.

He later went on to manage football clubs in Brazil ranging from Palmeiras, Cruzeiro and Gremio before deciding to end his career with Athletico.

Elon Musk Now In Charge Of Twitter As CEO | READ...

Morocco Knock Spain Out Of The World Cup