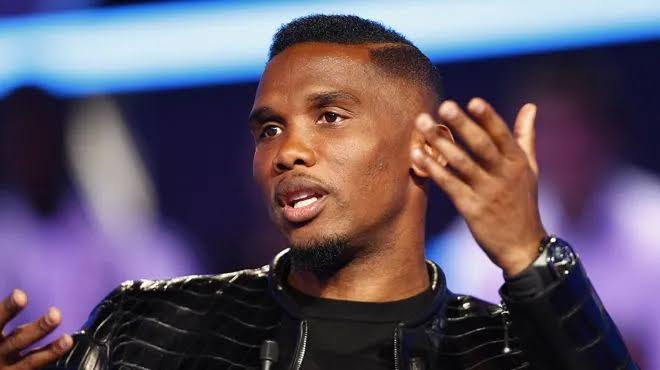 The President of the Cameroonian Football Federation ( Fecafoot) Samuel Eto’o has been in the news for the wrong reasons following an incident ahead of the game between Brazil and South Korea.

The former footballer was seen in video footage where he was hitting a football fan outside the stadium. Eto’o walked down the cameraman, before being initially held back by four other onlookers. However, the reason for the incident was not confirmed at the time of reporting.

The former Chelsea player went up against the YouTuber, who is said to be an Algerian Journalist. According to reports, it emerged that it may have been sparked by an argument regarding Cameroon’s qualification for the World Cup.

The Indomitable Lions booked their place in Qatar with a victory over Algeria earlier this year.

🚨 Samuel Eto'o attacked a young man last night before the match between Brazil and South Korea. 😳

SEE THIS!  Neymar Predicts the Winner of the World Cup