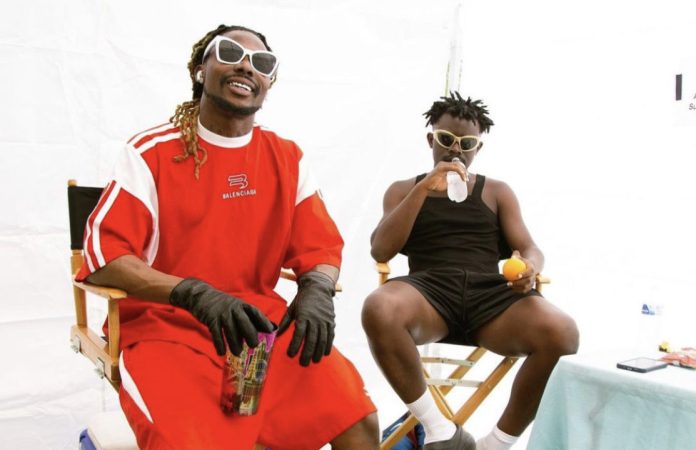 Singer Asake and buzzing video director TG Omori are currently the talk of the town after the amount that went into shooting ‘Joha’ was revealed.

TG, who was recently in the news for charging controversial street-hop singer Portable $50,000 to shoot a new video, is still trending in that direction.

After being confronted by a twitter user who claimed the director had never charged $50,000 to shoot a video in his career, the director responded in a now-deleted tweet, revealing that the colorful visual for Asake’s “Joha” cost $165k (roughly 115 million naira).

As expected, the whopping amount has raised several eyebrows, as fans took to Twitter to react to the fee.

Baddo is too much of an ijebu man to pay this amount. https://t.co/aEwSW4DDjI

TG collects money, he should break it down for us, how much do you build the set, how many days is the shooting, Ext or Int, and how much you settle the street. Big 115M on video… Bro 😂😂 https://t.co/bhIqtLKcwI

Davido and Chioma all loved up as they celebrate son’s birthday...