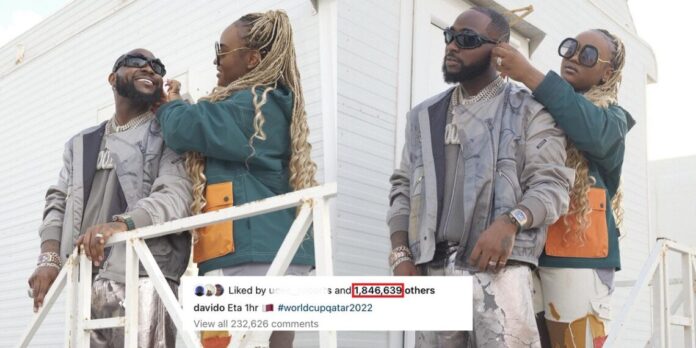 The singer, who took a break from social media to mourn the tragic demise of his son, Ifeanyi, who died in a drowning incident on October 31, made his comeback to the online world on Sunday, December 18.

He posted lovely photos of himself and his wife, Chioma, before his performance at the World Cup closing ceremony in Qatar. 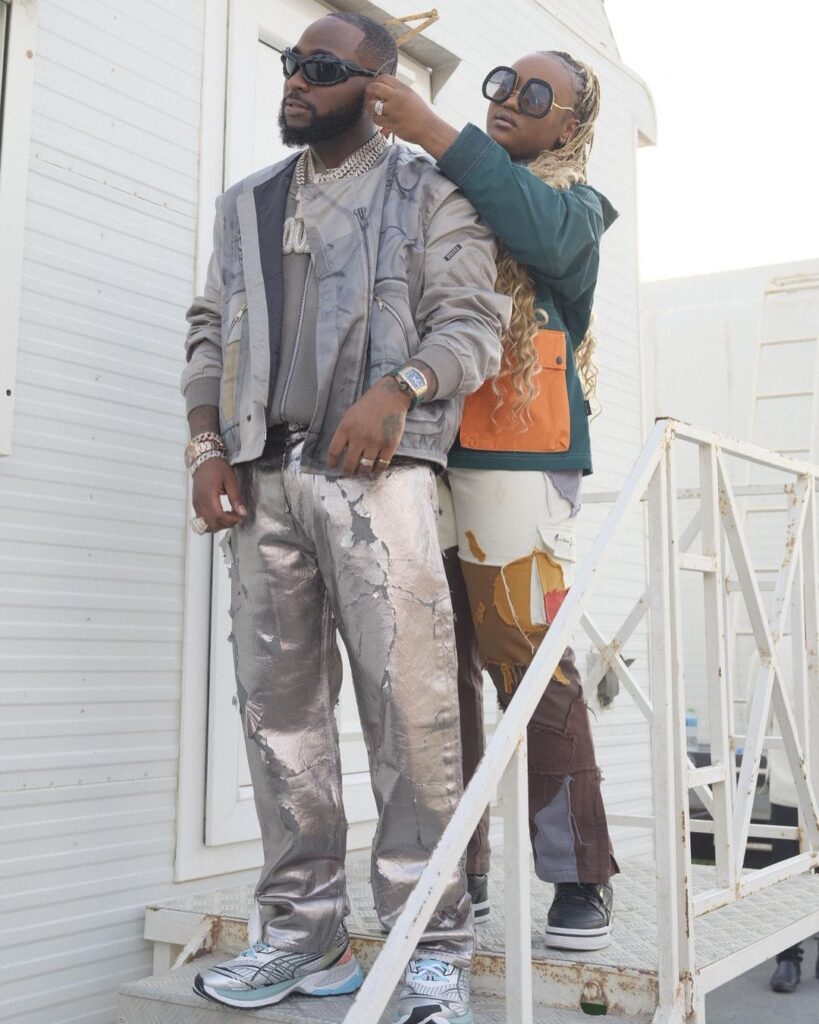 Following his return, millions of his fans and followers around the world trooped to the post to welcome him back to social media.

The photos have garnered over 1.8 million likes and over 230,000 comments on Instagram as at the time of filing this report. 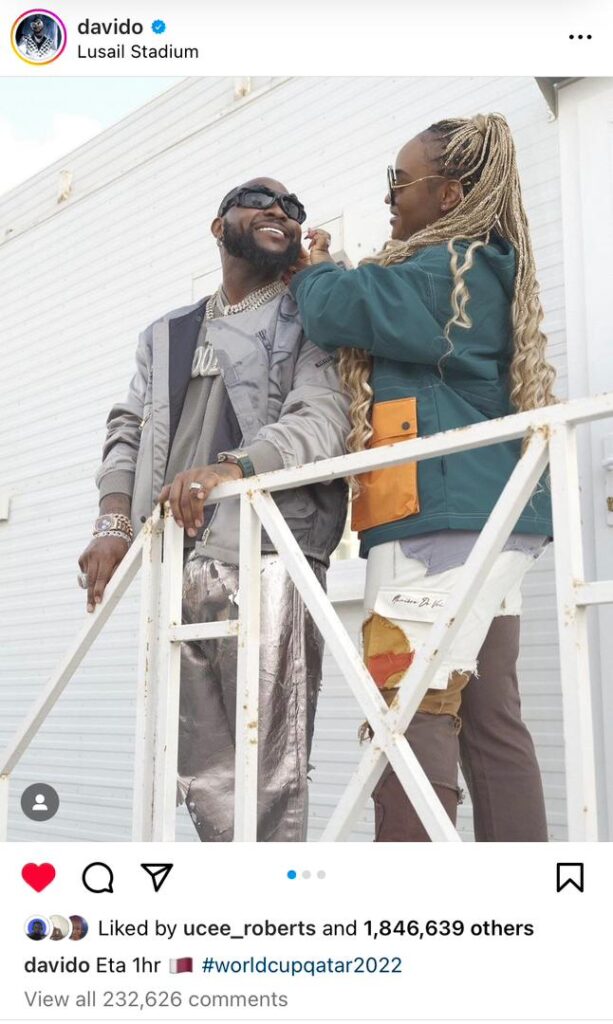 In other news, Davido has officially announced his re-entry into the social world following the death of his first son, Ifeanyi.

He announced his comeback in a 4-seconds clip before his performance at the 2022 World Cup closing ceremony.

Speaking in the video, Davido told the world that he is fully back to business, so people should expect to see more of him. ICYMI

A while back, social media commentator, Daniel Regha was heavily criticized online over his comment on singer, Davido’s scheduled performance at the closing ceremony of the 2022 World Cup in Qatar.

Reacting to this development, Regha said that Davido should have declined the invite, especially since he postponed his music festival “AWAY” till next year.

“Davido will be performing at the World Cup closing ceremony (reportedly), glad he’s feeling better but I d¤n’t think that’s a smart decision since he already postponed his A.W.A.Y festival by one year; He should stand by his decision & decl!ne any offer till next yr. No offense.” He wrote.

His comment was not well received by Nigerians on the platform, and they didn’t hesitate to drag him into filth. Read here