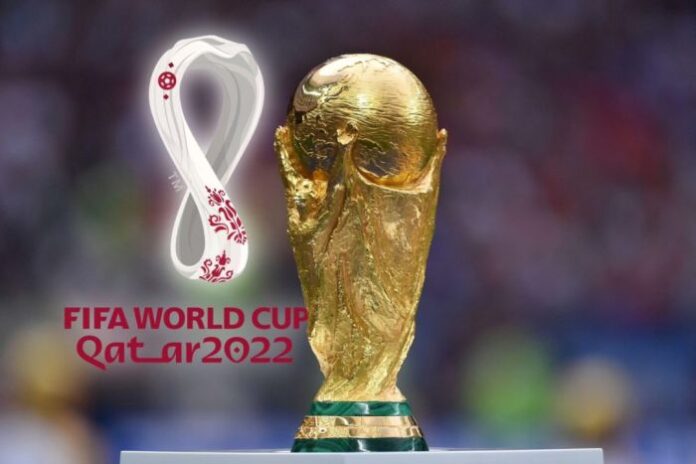 All roads would be leading to Qatar for football fans and lovers worldwide as the biggest sports event or competition, FIFA World Cup would commence on the 20th of November 2022; fans have taken their excitement to the next level as predictions for who would win the coveted trophy has started.

This is why we at SUPERS compiled a list of the top countries fans have placed bets on to win the trophy by looking at the current form of these sides and using data provided by BR Football.

The Dutch side saw 3% of punters place bets on them to win the World Cup 2022; trust me, this is not surprising when you look at the squad and the coach in charge of the side, Luis Van Gaal.

The Netherlands boasts of influential and world-class players that can be influential in their challenge for the trophy. Players such as Frenkie De Jong, Memphis Depay, and Virgil Van Dijk, to mention a few, are players that play on the biggest stages at the club level. With an impressive form in the UEFA Nations League, fans hope this can be replicated in the tournament.

I am surprised that fans and punters lack confidence in the Portuguese side. Portugal, led by the legend Cristiano Ronaldo, would be looking to challenge for the title, and according to BR Football, 4% of punters believe they can go far in the competition.

This is the strongest Portuguese side we have seen in a while, with huge talents at different club levels all coming together to form a formidable side. Stars like Joao Cancelo, Pepe, Leao, Bruno Fernandez, Dalot, Cristiano Ronaldo, Ruis Patricio, and Nunes, to mention a few, would be very instrumental in how far the country can go in the competition.

World number 2, according to the FIFA ranking, saw 4% of football fans place a bet on them to win the FIFA world cup 2022, according to BR Football. This is not surprising because Belgium has not been in the best form so far. Although it is a star-studded squad with players like Eden Hazard, Kevin De Bruyne, Thibaut Courtois, Trossad, Romelu Lukaku, Mertens and Youri Tielemans, to mention a few all in the squad, Roberto Martinez has still not assembled the perfect squad that can be clinical and ruthless at the same time.

The World Cup in Qatar might just be the right place to get it right, with some of the biggest names in the squad on the verge of retirement following their 3rd place finish in the 2018 edition of the competition.

A relatively young German squad would be taking on the world cup challenge, and 5% of football fans have put their trust and money in the team, which Hans Flick would lead to winning the tournament.

Germany has not played the best of football so far, with the former Bayern Munich coach still trying to put the right players in the right positions; the competition in Qatar might be the best time to get the best of youngsters like Musiala, Kai Havertz, and Leroy Sane to mention a few and also the dedication and the best from the experienced players in the squad such as Thomas Muller, Antonio Rudiger, Toni Kroos and Manuel Neuer.

Former champions under the mentorship and coaching of Luis Enrique would be looking to revive the Spanish passion sides are known to possess. With a poor outing in 2018, Spain would be looking to turn the tides, and 6% of fans trust them to win the World Cup 2022 in Qatar.

The dropping of Sergio Ramos from the squad has been met with mixed reactions as his leadership, passion and relentlessness for his country are unmatched in the Spanish side.

6% of football fans have ranked England highly, stating that they can, in fact, go all the way to bring the World Cup trophy home in 2022. The English boy finished in 4th place in the 2018 edition of the competition and also got to the finals of the Euros 2020 in recent times; Gareth Southgate and his players would be looking to maintain this impressive form and also challenge for the title.

England suffered huge injury blows as Chelsea stars Reece James and Ben Chilwell, who are known for their immense quality in the wingback positions, were ruled out of action till after the competition in December 2022.

The current world champions France have seen 11% of football fans trust them to complete a successful title defence at the World Cup 2022. This might be impossible for Didier Deschamps’ men as they would be missing the iconic midfield partnership of N’Golo Kante and Paul Pogba, which saw the French side outplay every other team in 2018.

Although they received the boost of the 2022 Ballon d’Or winner Karim Benzema, the creativity of the midfield would be solely reliant on the Real Madrid duo Camavinga and Aurélien Tchouameni al eyes would be on Deschamps to see how well this works.

This is a shocking stat; with so much confidence, 11% of football fans placed their bets on the USMNT to win the 2022 FIFA World Cup in Qatar. The squad would be under scrutiny following the lack of experience in the team.

USMNT would be looking to prove a point in the competition and also achieve as much as the USWNT has done over the course of time.

The South American side and world number one according to FIFA ranking Brazil saw 15% of football fans place bets on them to win the FIFA World Cup 2022, and this is not surprising, taking a look at Brazil’s impressive run so far and the vast dynamics and talents in the squad. Brazil, who suffered a woeful defeat at the hands of Germany, would be looking to turn the tides and cement itself as one of the biggest footballing countries in the world today.

With an in-form Neymar, Gabriel Jesus, the runs and skills of Vini Jr. and Rodrygo and a solid defence in Thiago Silva and Dani Alves, the Brazilian side is looking like a team that would run riots in the competition. The Olympic gold medalists in 2022 would be looking to bring the trophy back home once again.

The Copa America and UEFA Finalissima champions Argentina saw 25% of football fans bet on them to win the FIFA World Cup 2022. It is no hidden fact that the compact and ruthless Argentine side led by Lionel Messi has been considered favourites to win the competition as the world number 3 according to the FIFA ranking, has continued to prove in friendlies and international competitions that they mean business.

This would be the last world cup outing for players Lionel Messi, Di Maria, Otamendi and so on; the expectations are at an all-time high as many believe this is arguably the best Argentine side in a long time.

Couple Discover They Are Siblings After 10 Years Of Marriage |...