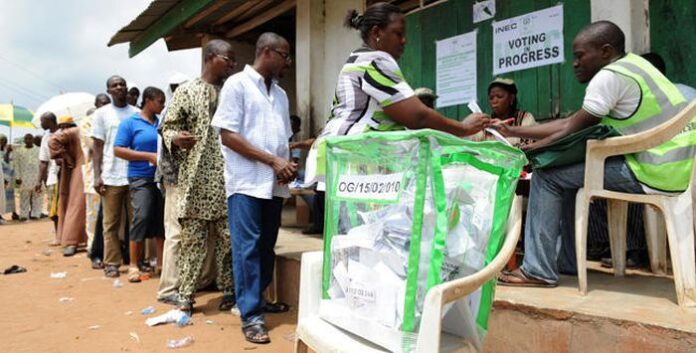 A coalition of Christian youths under the auspices of Christian Association of Nigeria Youth Wing, in Abuja, on Sunday, advised Nigerians not to allow themselves to be used as political thugs in the 2023 general election.

The Christian youths urged Nigerians to defend their votes and make sure it reflects the wishes of the people.

Belusochukwu Enwere, the national chairman of YOWICAN, in a statement, also warned against electoral violence but enjoined the masses to defend themselves against killers in whatever guise who would disrupt the peaceful conduct of next year’s election.

“The organisation, as a major stakeholder in the electoral process, would commence a global peace campaign against electoral violence in all parts of the country.”

He enjoined Nigerians to take the bull by the horns by embracing peace at all costs and at all levels of next year’s general election.

Enwere lamented that the 2023 general election is fast approaching and the nation is ravaged by insecurity of varying degrees such as kidnapping, banditry, herdsmen, unknown gunmen, among other challenges.

The chairman of YOWICAN stated that Nigerians must warn political parties to stick to the rules of this game.

Mr P Combines with Wande Coal for – “Follow My Lead”...