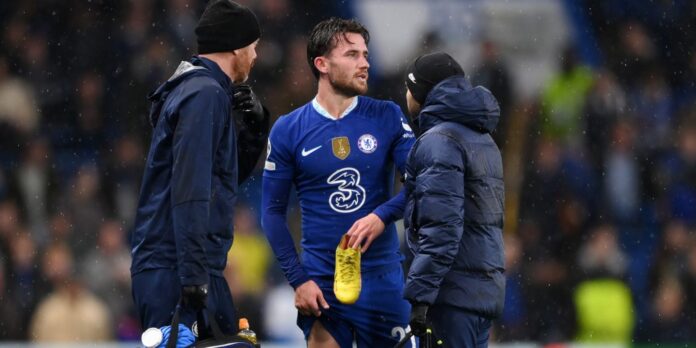 Following the anxious wait for an update on the injury of the wing-back Ben Chilwell by millions of fans worldwide, Chelsea, in an official statement, shared the status of his condition as well as revealed if he would be available for the World Cup 2022.

Chelsea confirmed that Chilly would miss out of the FIFA World Cup 2022, scheduled to kick off in Qatar on the 20th of November 2022. The Blues explained that the wingback had sustained a significant injury in his hamstring and would have to begin his rehabilitation immediately.

Chilwell had sustained a knock in the final minutes of the Champions League clash against Dinamo Zagreb in the group stages fixture.

Following the injury sustained in our recent game against Dinamo Zagreb, Ben has undergone a scan on his hamstring.

Results show that Ben has suffered a significant injury and the defender is unfortunately expected to miss the World Cup.

Ben will now begin a rehabilitation programme with the club’s medical department.

Neymar Shares the Condition of His Ankle Injury