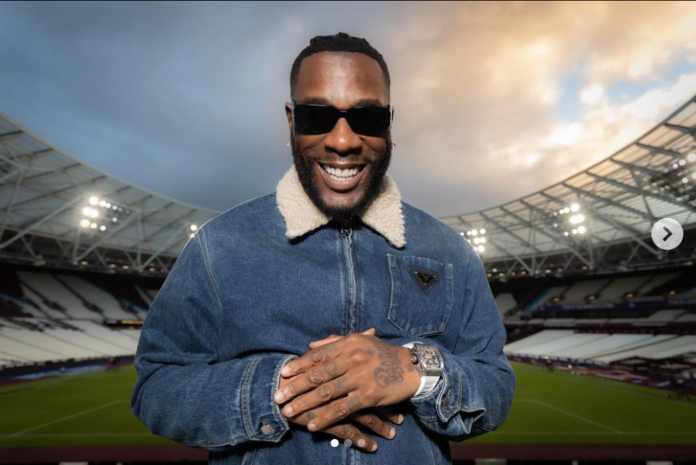 Multiple award-winning singer, songwriter and performer Burna Boy took to his social media platform today, Wednesday, November 30, 2022, to react to his double win at the 25th edition of the MOBO AwardsMOBO Awards.

The singer had won the two award nominations he had received from the organizers. Burna had been nominated in the Best African Music Act Category alongside artists that were Asake, Tems, Adekunle Gold, Fireboy DML, Kabza De Small, Oxlade, Pheelz, Omah Lay and Rema. He also won the Best International Act category, where he was nominated alongside Beyonce, Drake, Kendrick Lamar, Chris Brown, Jack Harlow, Jazmine Sullivan, Skillibeng, Summer Walker and Tems.

The singer thanked the organizers of the award, indicating that he could not attend the event because of his concert in Zurich.

Thank you @MOBOAwards ! I wish I could be there but I am in Zurich for my show today . Big love to @KanyaKing and everyone who work hard to make the mobo awards a success.

Congratulations to the African Giant!!!

SEE THIS!  Obi Cubana’s Club Finally Releases Video Evidence Of The Electrocuted Woman in The Club

“Oh Lord, don’t let me settle for anything that is not...

Gay couples will be allowed to openly hold hands and kiss...